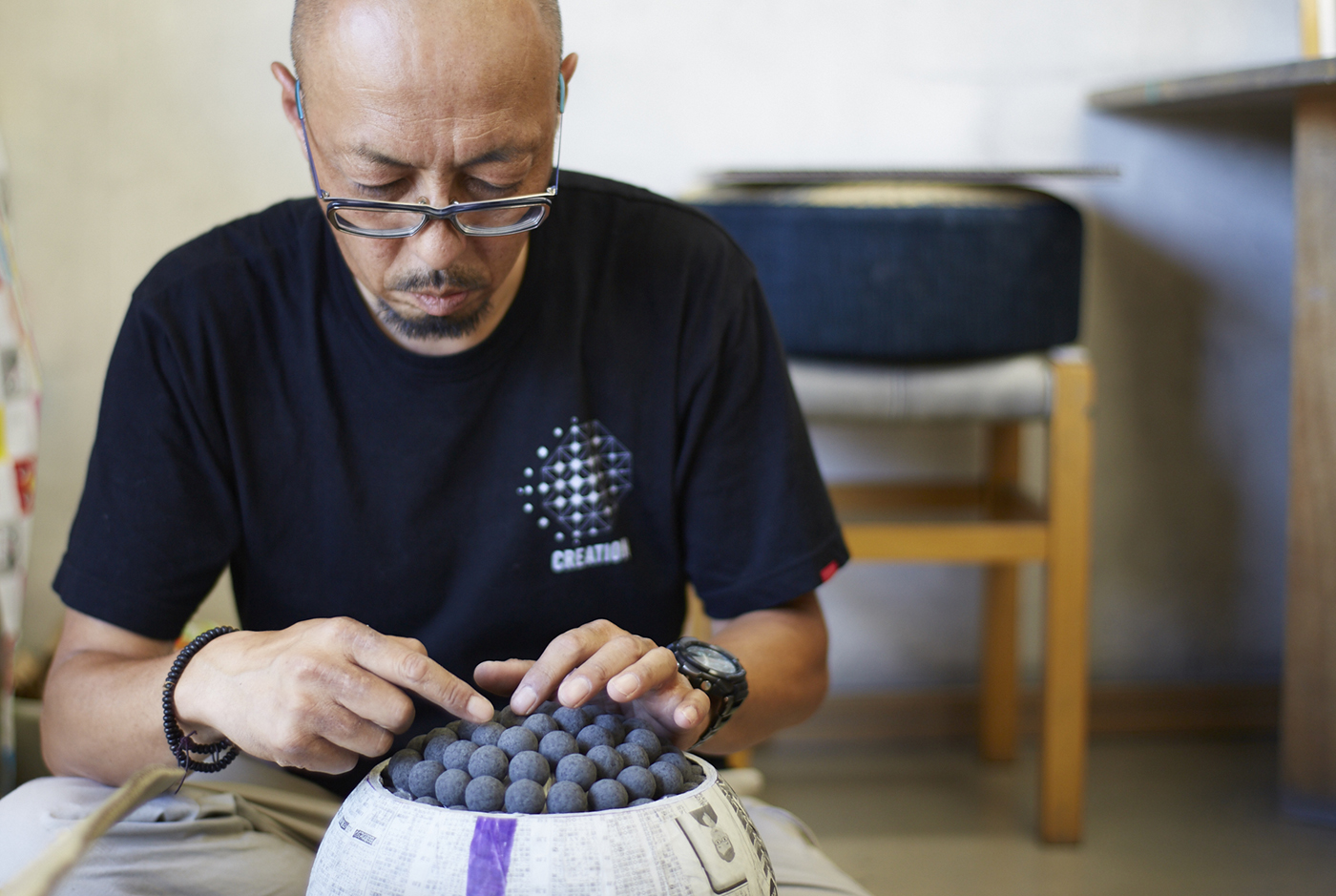 Niiyama
It was my great-grandfather who started this company. The company went through various name changes, and then in 2014 the company was incorporated under the name, Omagari Hanabi Kagaku Kogyo Ltd. My father was president of the company, then I succeeded him, and my brother became managing director. At the time the economy was going through a difficult patch, and the fireworks industry was not a good place to be… 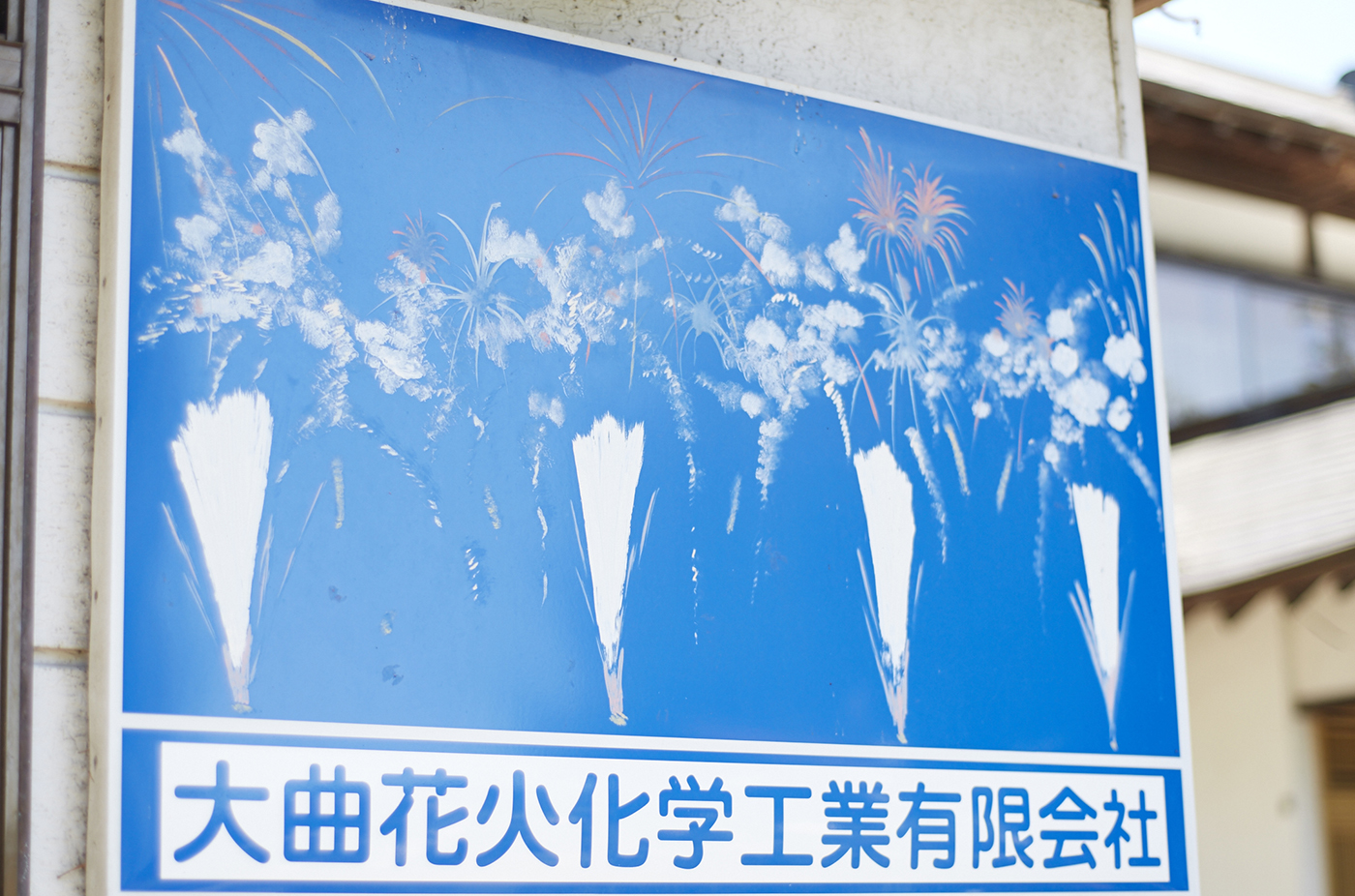 Niiyama
People thought of fireworks as something of a hobby, just an amusement. Display organizers found it hard to get sponsorship, so they struggled to put on any events. Fireworks festivals were scaled back in size or cancelled. We really hit rock bottom, if you know what I mean.

Niiyama
So while this was going on, my brother said to me, “I want to run a business myself. Let me set up on my own. I want to do something a bit daring, something that most people might shy away from. I want to be a rocket manufacturer.” That’s how his company, Hibikiya, came about. The rockets he made were well-received. They’re an all-Japanese product, very reliable and safe to use. Demand was good from the start, and he’s now taking in orders from all over the country. With Hibikiya continuing to do well, despite my original feelings about it, what he’s done has also helped me so I’ve been able to achieve my own goals as well.

Yabuki
You both get on well, don’t you? 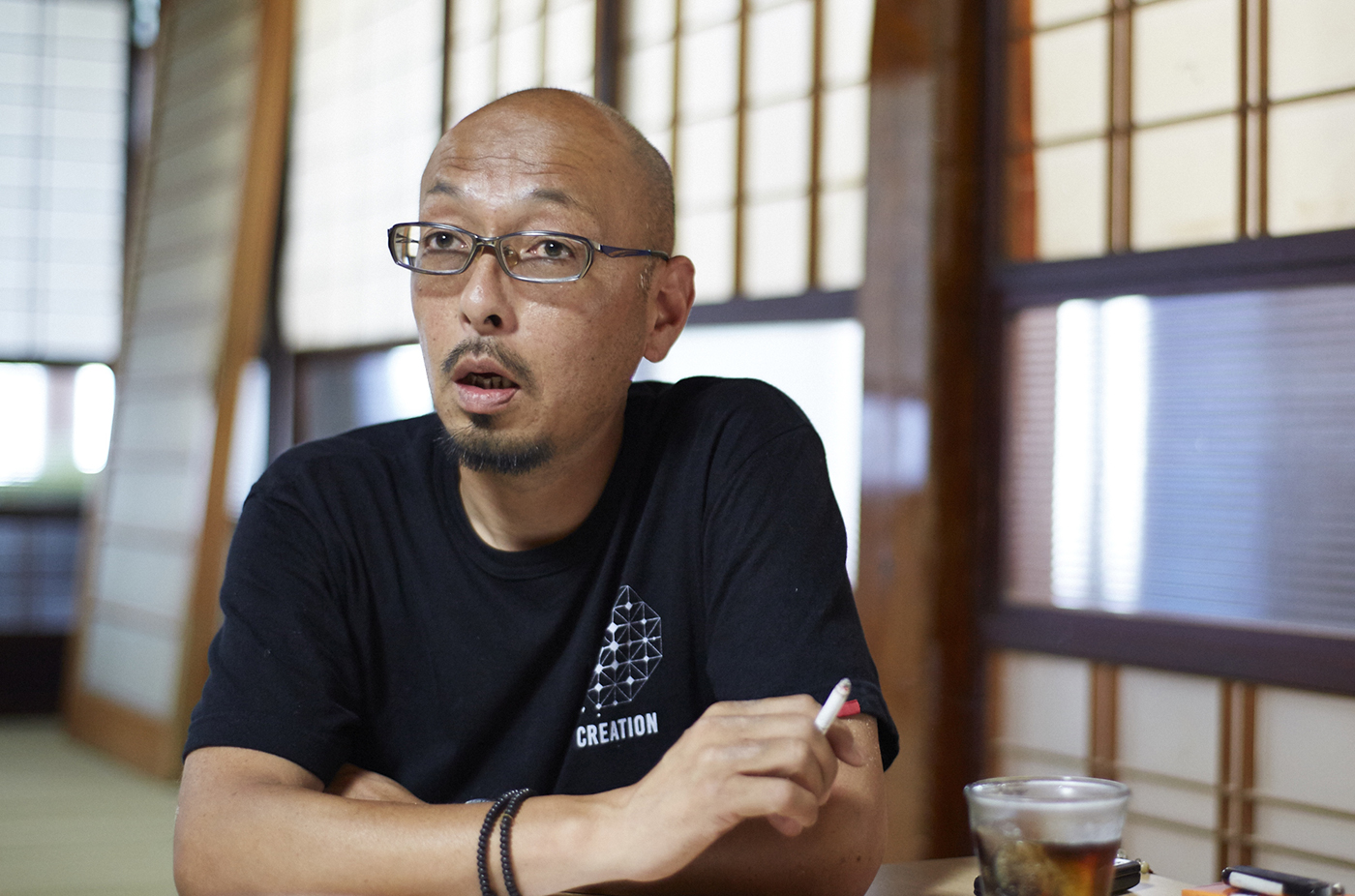 Niiyama
At the time, people said, ‘You’ve had a bust-up with your brother and fallen out with him!’ (Laughs) But it wasn’t like that at all. You know I really wish we could have made a go of the company together.

Niiyama
Recently, it’s really picked up. A lot of local businesses say they can’t see any clear trends in the economy at the moment, but for fireworks it all looks great. It’s not just local demand, it’s all over Tohoku, the Kanto region as well. Right now, the industry is seeing improved spending every year. There’s no shrinkage in demand anywhere. 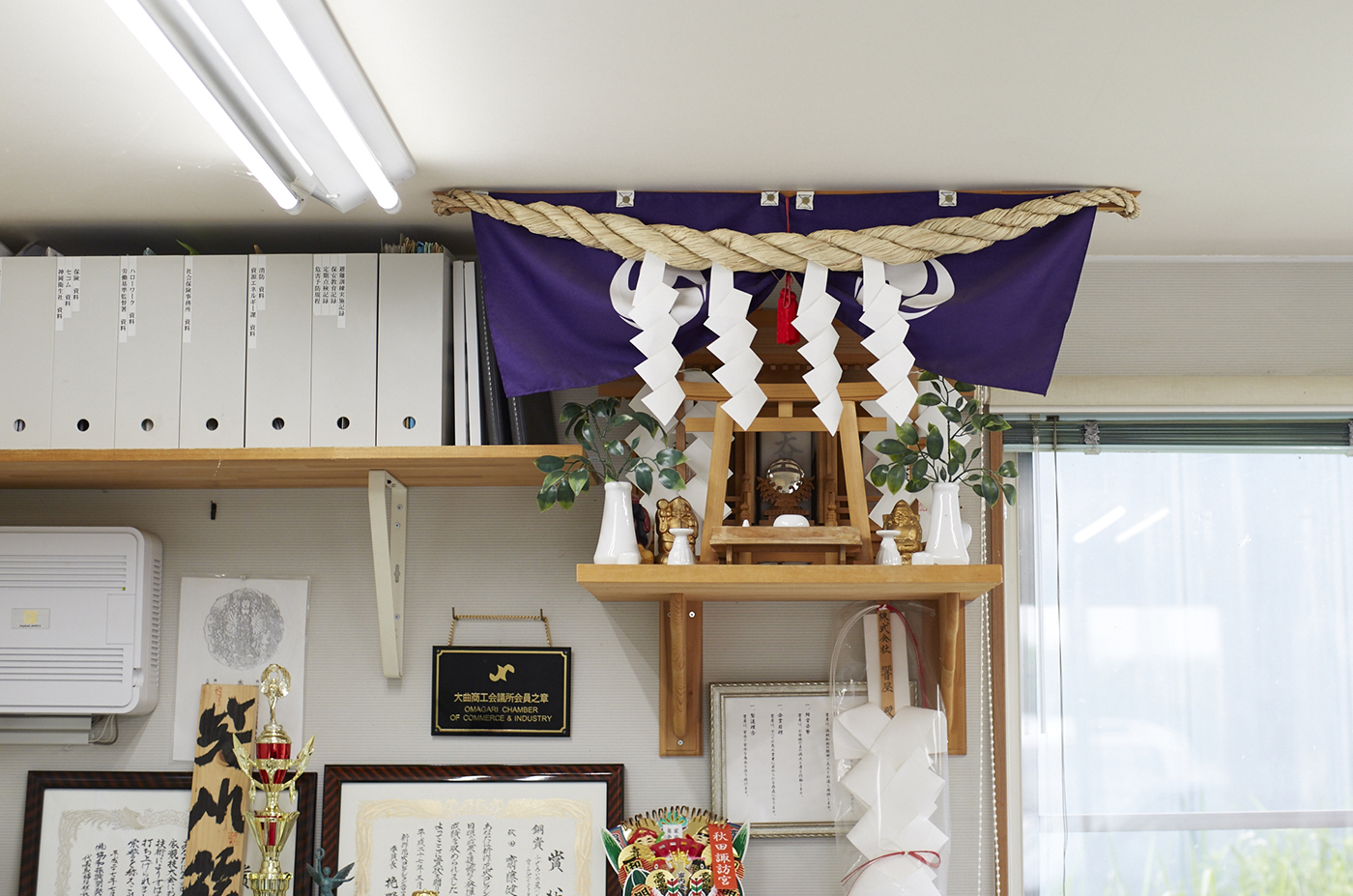 Yabuki
You and your brother grew up in a family which has been involved in fireworks for many generations. Did you ever think about doing anything else?

Niiyama
Well, at nursery school I actually wanted to be a fireman…

Yabuki
You mean a job where you were putting fires OUT?!

Niiyama
When I left high school, I had a chat with my granddad and said to him “I’m thinking about becoming a fireman. What do you reckon?” He replied, “Absolutely no way! In this family we set fire to things, we don’t put fires out!” In spite of that, I thought it would be a good idea to get some work experience doing something different, so I didn’t go into fireworks straightaway. I did a job in scaffolding in Yokohama for a bit.” 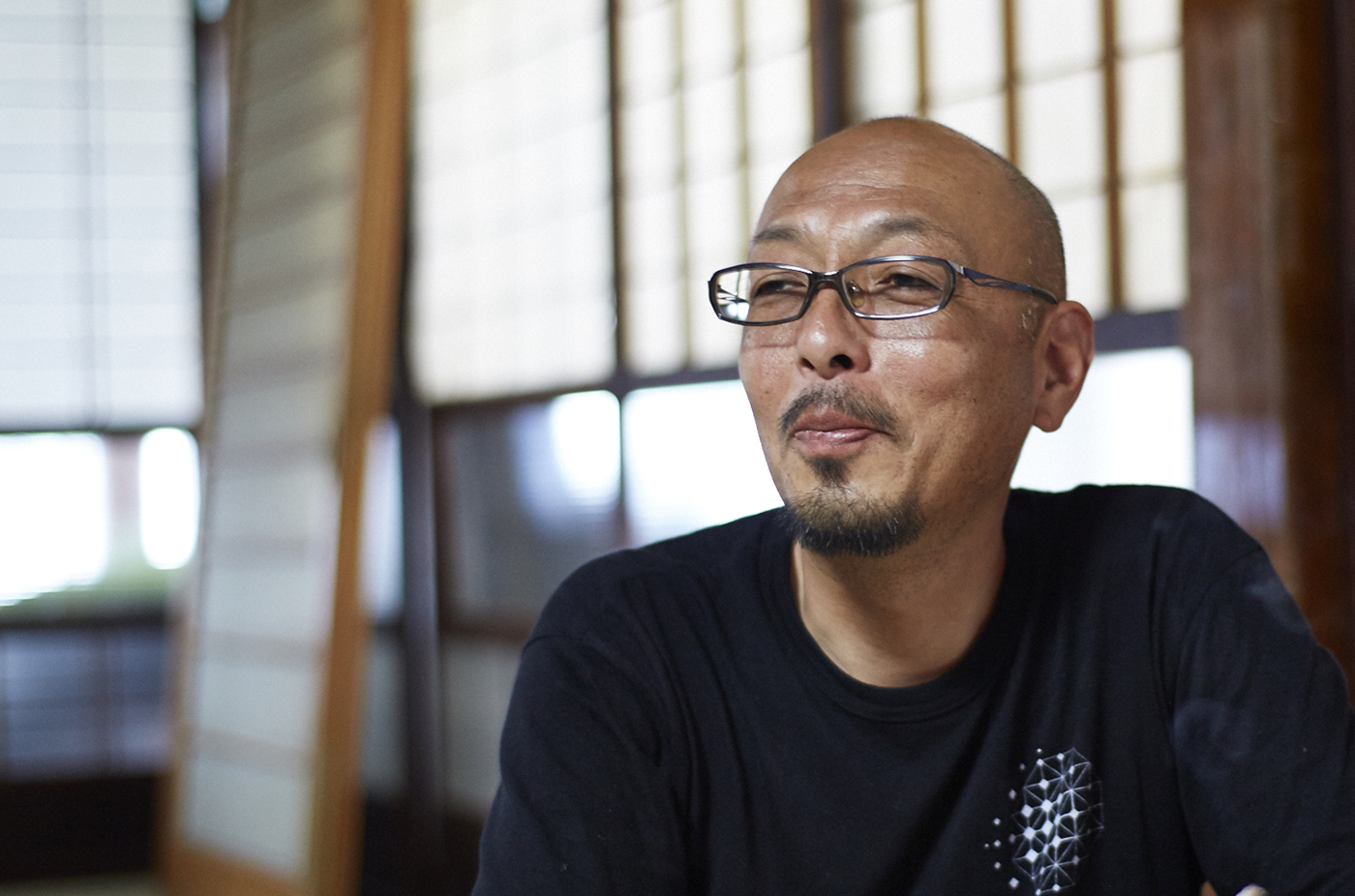 Yabuki
And how did you find the training?

Niiyama
Well, if I’d thought I was only going to be there for a year, I had another thing coming! Boy, it was tough!

Yabuki
So how long did you learn your trade there for? 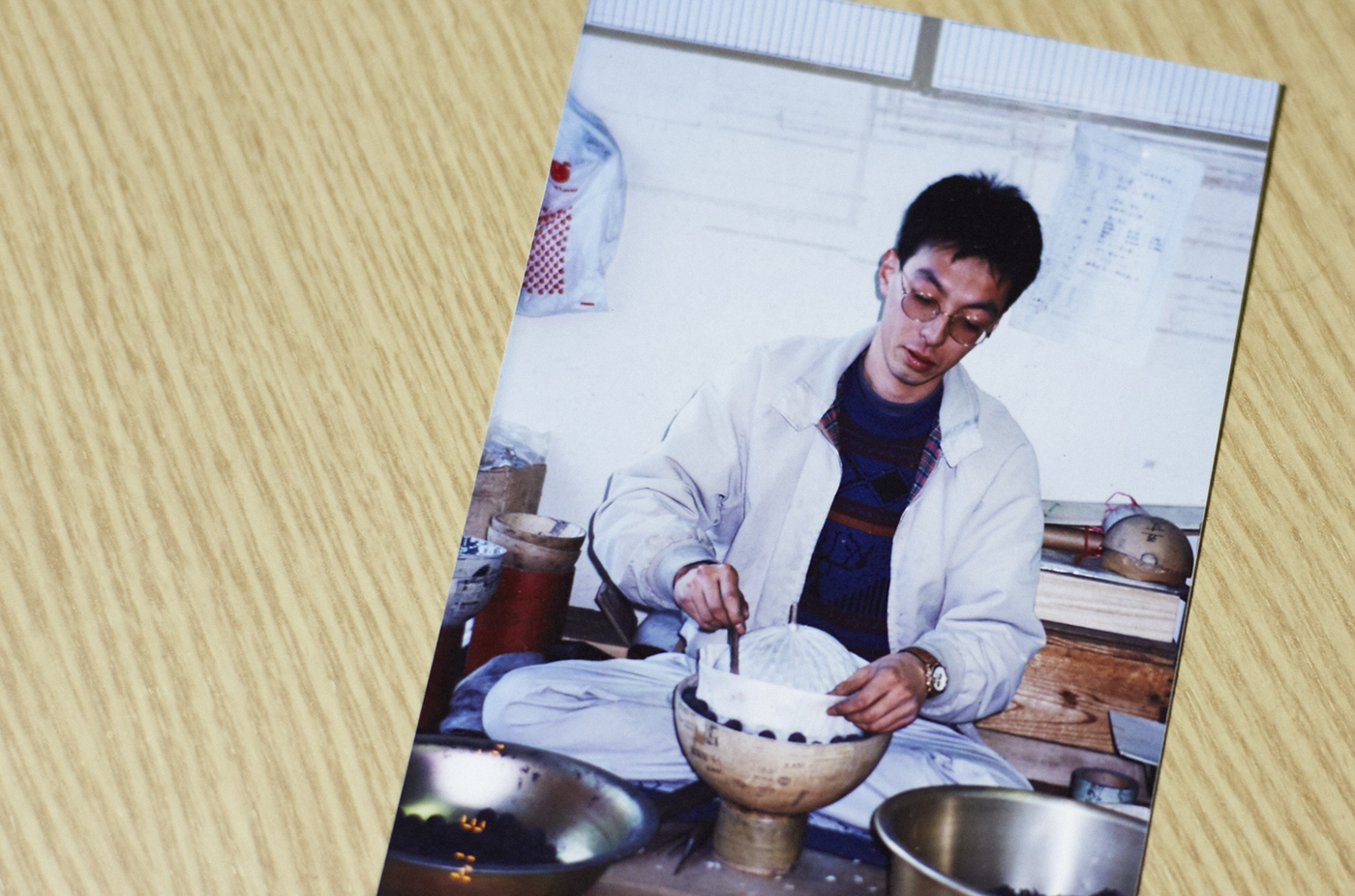 Mr. Niiyama in training in Nagano when he was 21 years old

Niiyama
Four years. In this business, one false step and you can actually lose your life in an instant, so I learned the hard way. It was really tough! It was a really difficult time for me.
In the first year, I was shouted at a lot, I was really under pressure. I didn’t really understand myself and what I was feeling. Then in the third year, I did more things on my own. And by the fourth year, I was given responsibilities on the factory floor itself. That’s what gave me the confidence in myself to do this job.

Yabuki
I see what you mean.

Niiyama
After that, when I came back to Akita, I knew how everything worked on the factory floor.

Yabuki
So even though you’d thought about doing something else, you stuck at the fireworks business, despite the hardship, and really came through!

Niiyama
Right from an early age, you pay attention to what job your parents do, don’t you think? Somehow I always thought I would end up in pyrotechnics in the end. And I was the oldest son, right? Anyway, I still yearned to be a fireman most of all! (Laughs) 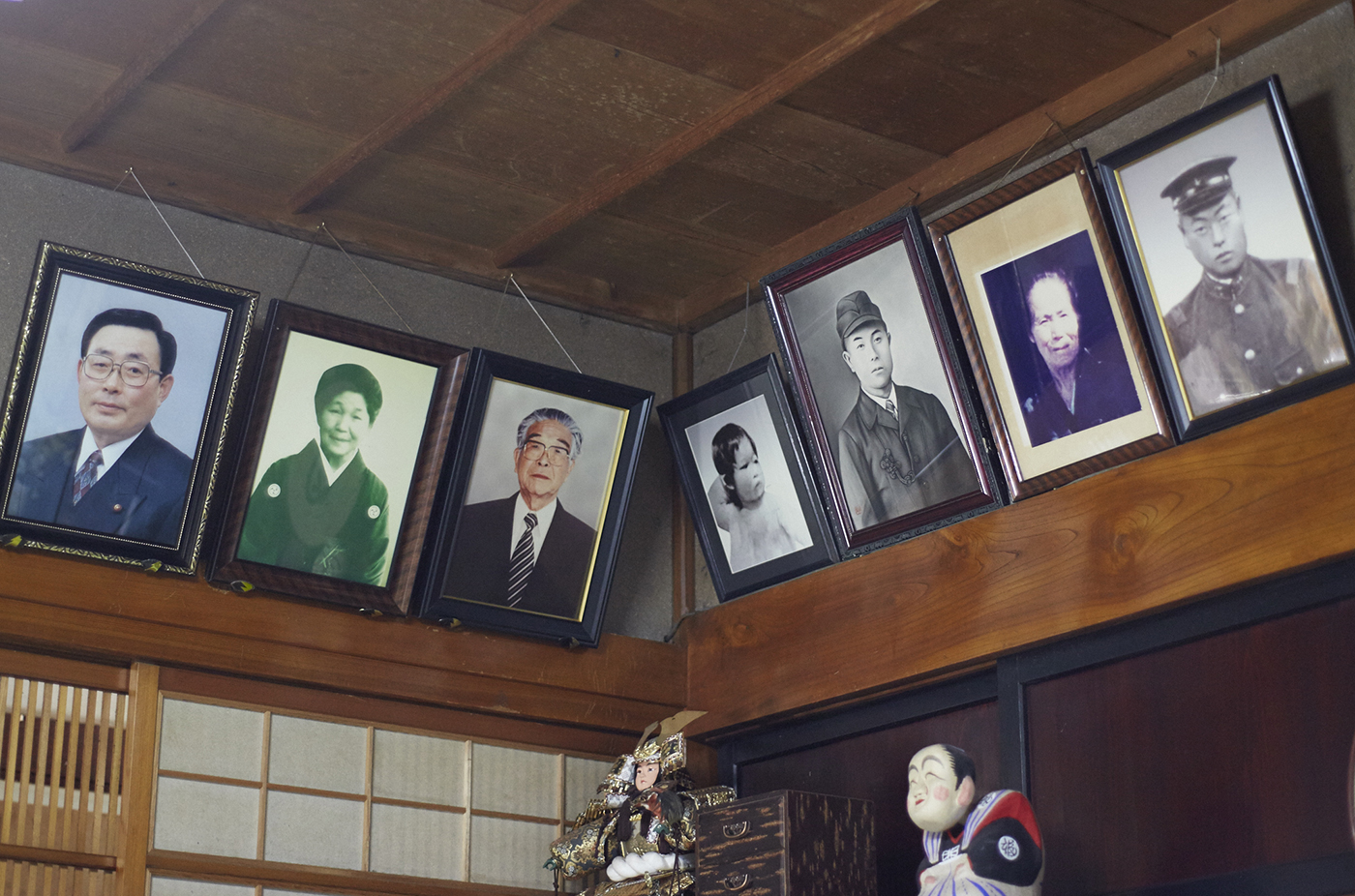 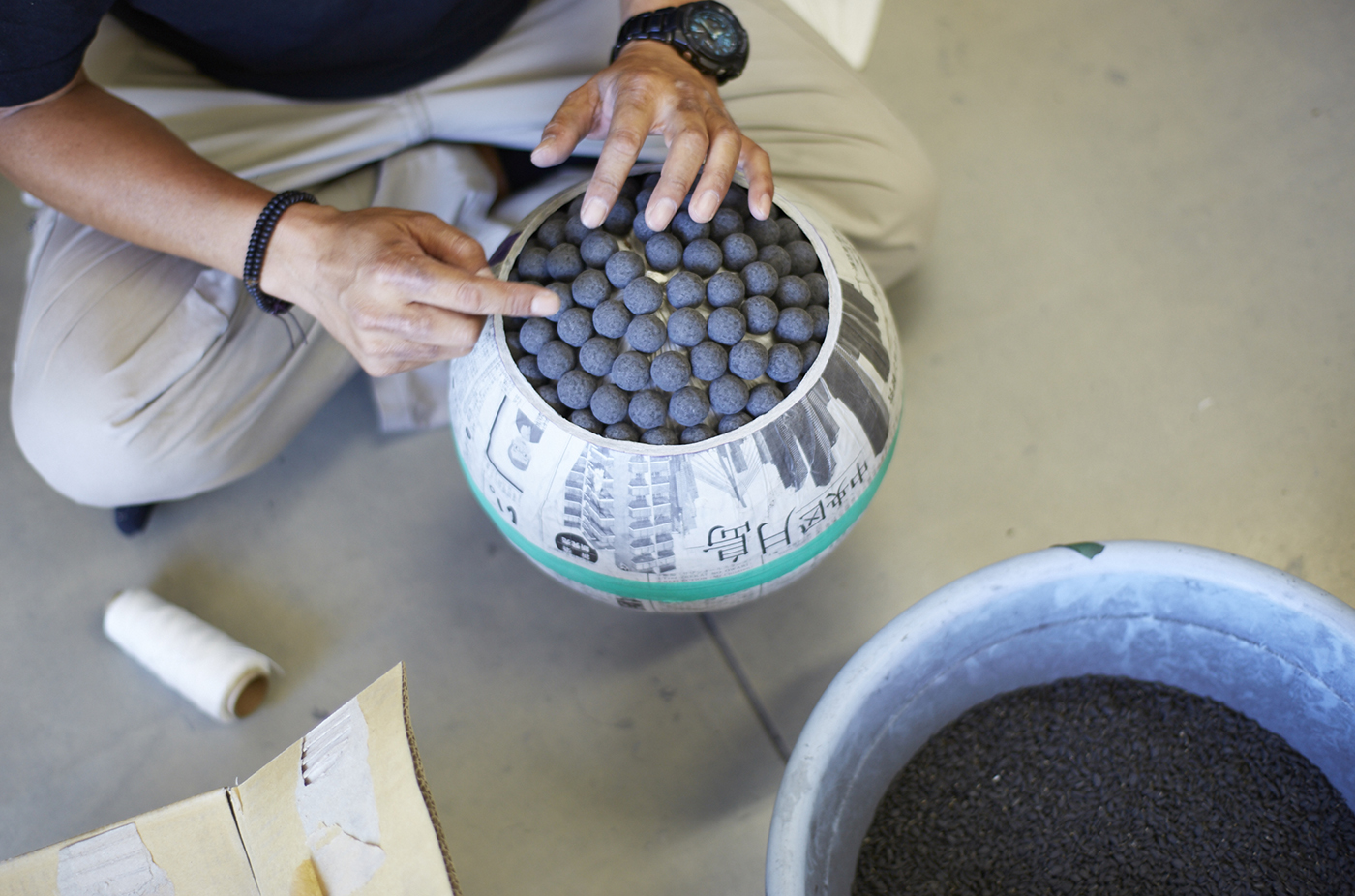 Yabuki
Your younger brother is a ‘hanabi-shi’ as well, so I guess it’s in your blood right from childhood. In terms of the pyrotechnical profession, what’s the most important aspect of it to you? What do you have to keep in mind?

Niiyama
We live in a world of conflict and strife, where people are often killed. Explosives can cause this, and this is the same material that I use to make a living. On one hand, my products have the power to create excitement, and make people gasp and wonder in amazement. On the other hand, this is something that can also kill people.

Yabuki
The kind of firing devices you use were originally used by the military, weren’t they? 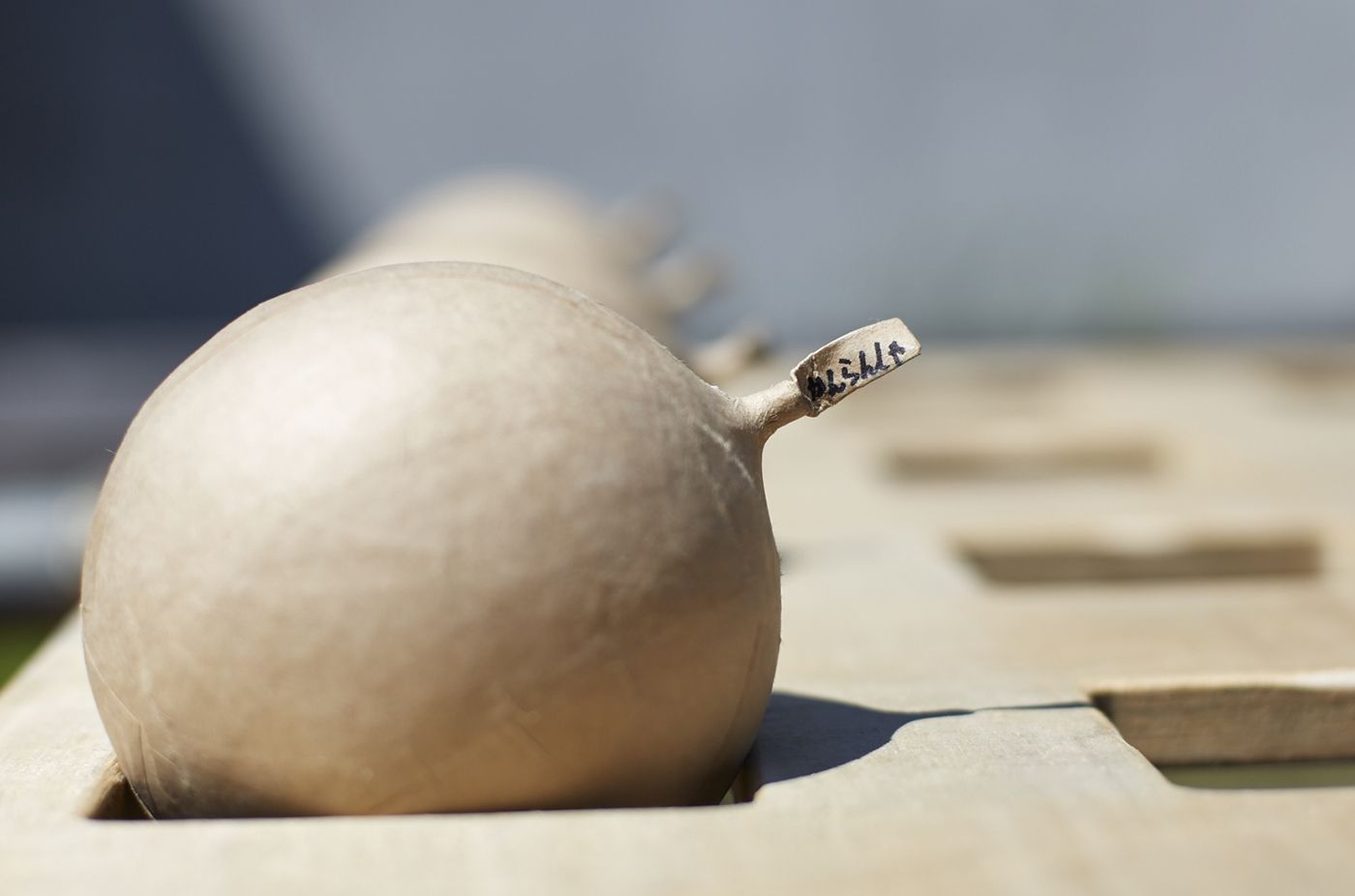 Niiyama
They use the same explosive as well… it’s a sobering thought. Of course the explosive that we use is dangerous and people can die from it, but at least when the fireworks go up in the air, everyone cheers, from kids to older people.
We couldn’t enjoy a fireworks display if we didn’t live in a peaceful country. But it’s the power of explosives to stir the emotions, as well as their therapeutic aspect…that’s what I want to apply. 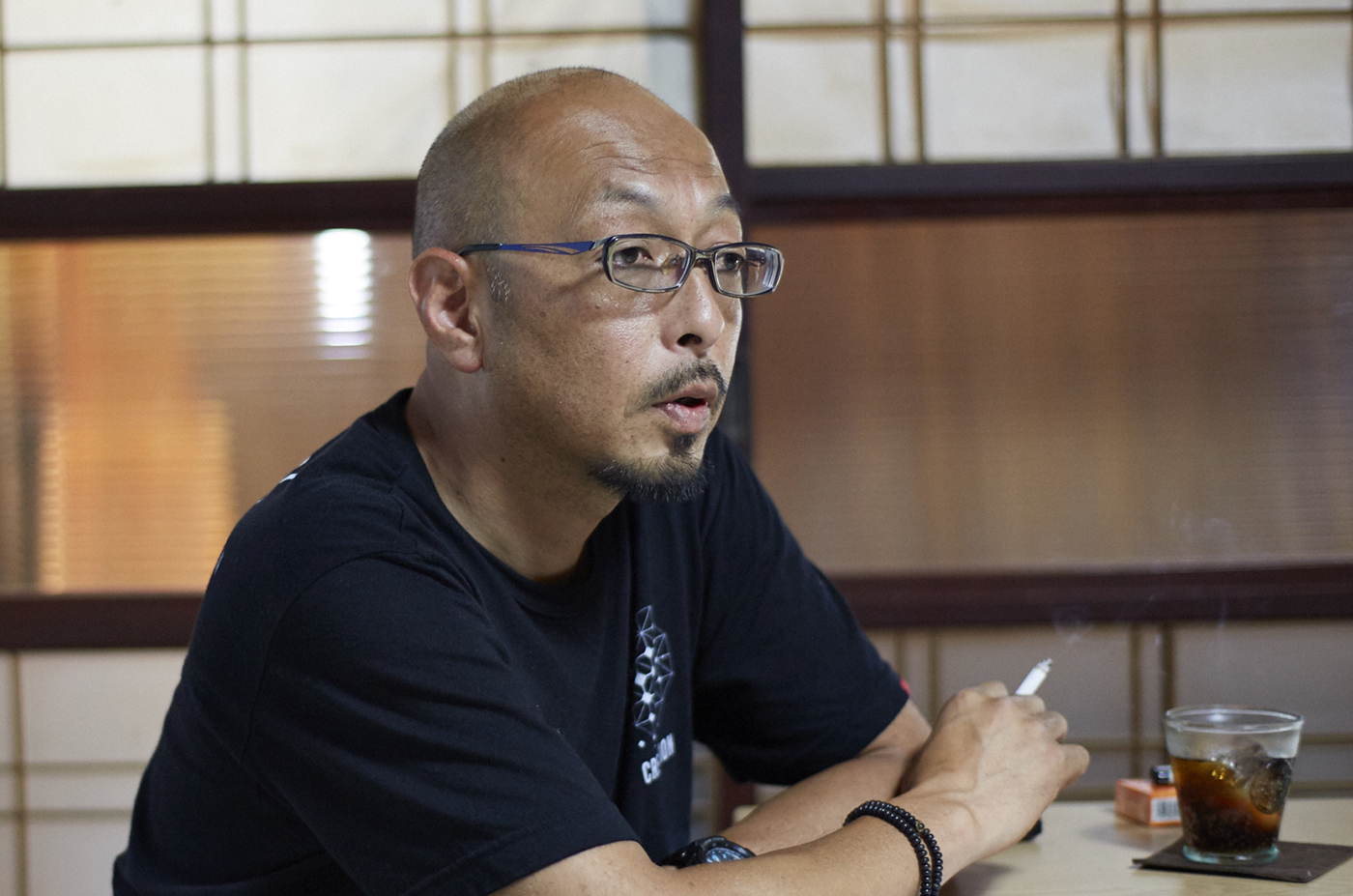 Yabuki
This winter, the Warabi Theater Group in Akita did a performance of a musical called ‘Omagari no Hanabi Monogatari’ (The Tale of the Omagari Fireworks). There was a scene in it where some ‘hanabi-shi’ from Omagari went over to Germany at the time of the unification to put on a fireworks display. Did you know that’s a true story?

Niiyama
My granddad also went over there at the time.

Yabuki
Really, is that so! 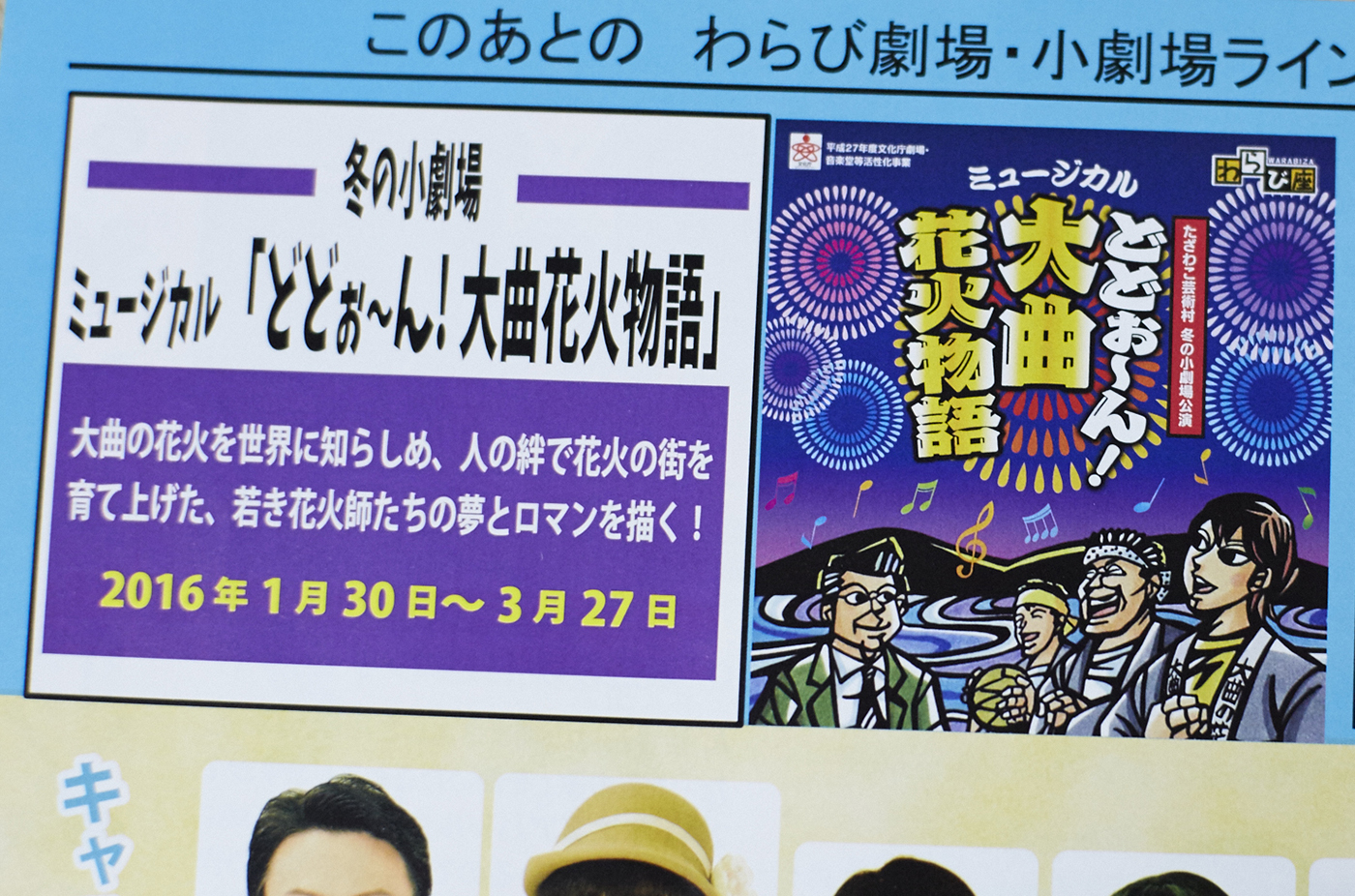 Niiyama
The sentiment behind their fireworks display was something like, ‘Berlin might have a wall, but there are no walls in the sky. Up there you’re totally free. A Japanese firework looks the same, wherever you are. Whether you’re from the East or the West, come and enjoy the show!’ That’s why these ‘hanabi-shi’ did the show, and soon afterwards the Berlin Wall came down, didn’t it? I would like the fireworks I make to be used as a way of promoting peace. That’s what I want most of all. 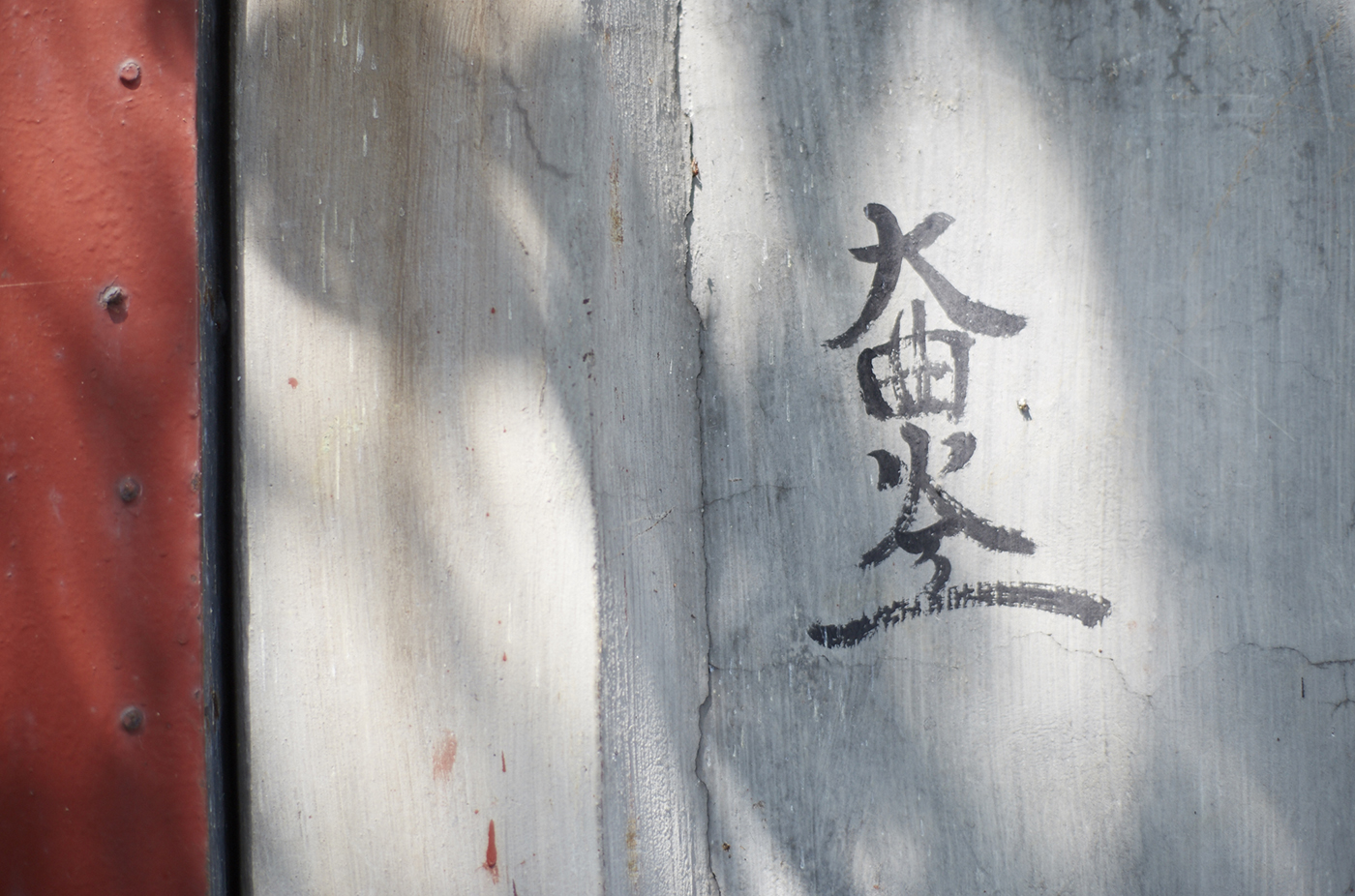 That was Mr. Niiyama, sharing with us his philosophy and aspirations as a ‘hanabi-shi’. Next time, as the Omagari Fireworks competition approaches, we’re going to find out more about what to look for at this year’s event and what makes it so special.

4. Thoughts on the Omagari Fireworks >>