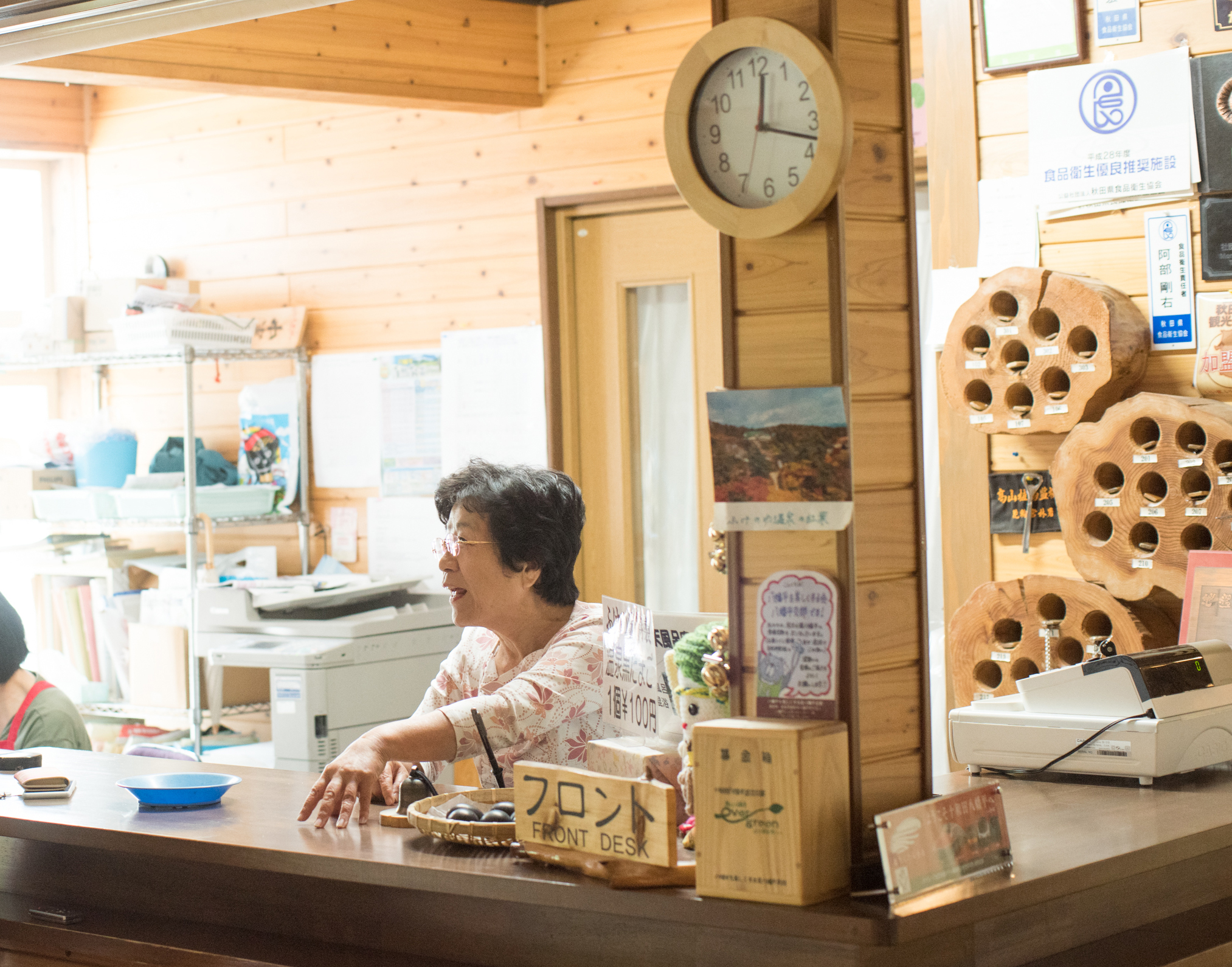 I’m in the middle of relaxing in the “yatenburo” when I hear that Ms. Kyoko Abe, the manageress of Fukenoyu will be back soon. It is now an opportune moment to speak with her, so we make the best of it in the dining room of her guesthouse. She tells me about the origins of this place.
Ms. Abe starts talking from the moment we meet, without so much as catching a breath. Her energy and vitality is certainly a match for the forces of Nature here in Hachimantai… 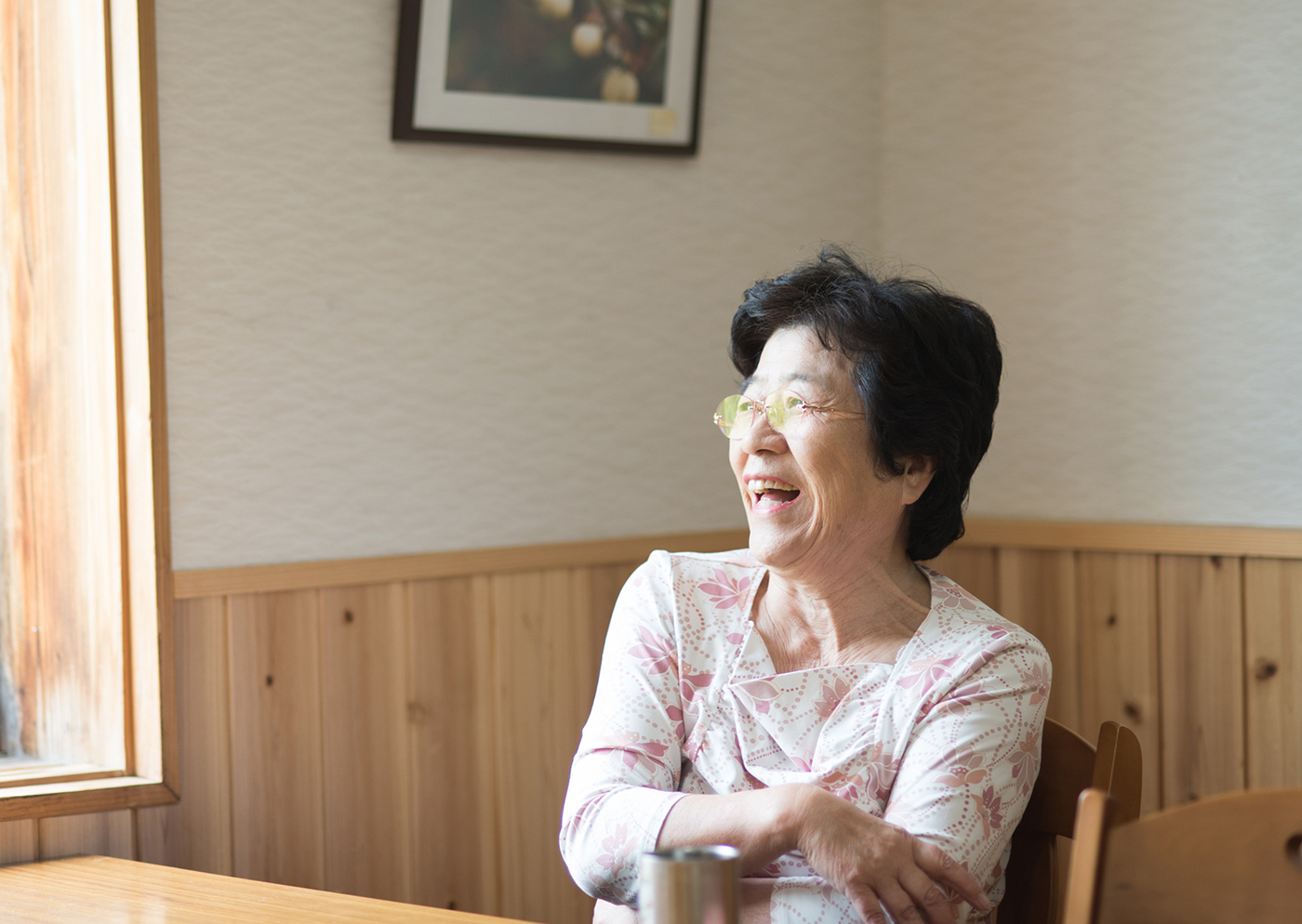 Abe
I first came here as a bride from Tokyo. When I was married everyone said to me, “You won’t last three days up there. You’ll be dying to escape.” But actually when I got here I loved it! Living one’s life in the middle of all this unspoiled scenery is the happiest thing that can happen to a person. Anyway, that’s what Akita Prefectural Government should be telling people! (Laughs).

Takeuchi
To be sure. That’s exactly why I’ve come to visit. Can you tell me a bit more about the history of Fukenoyu?

Abe
The region all around here is now a national park, but it was my husband’s ancestors who laid the foundations of this place. Now it’s trendy to call it ‘trekking,’ but it was Tosuke Abe who paid for this road out of his own pocket. The area from the eighth station on the Hachimantai road all the way to Hachiman-numa is called “Tosuke Forest.” This seems to be the only place in the whole park with its own name. 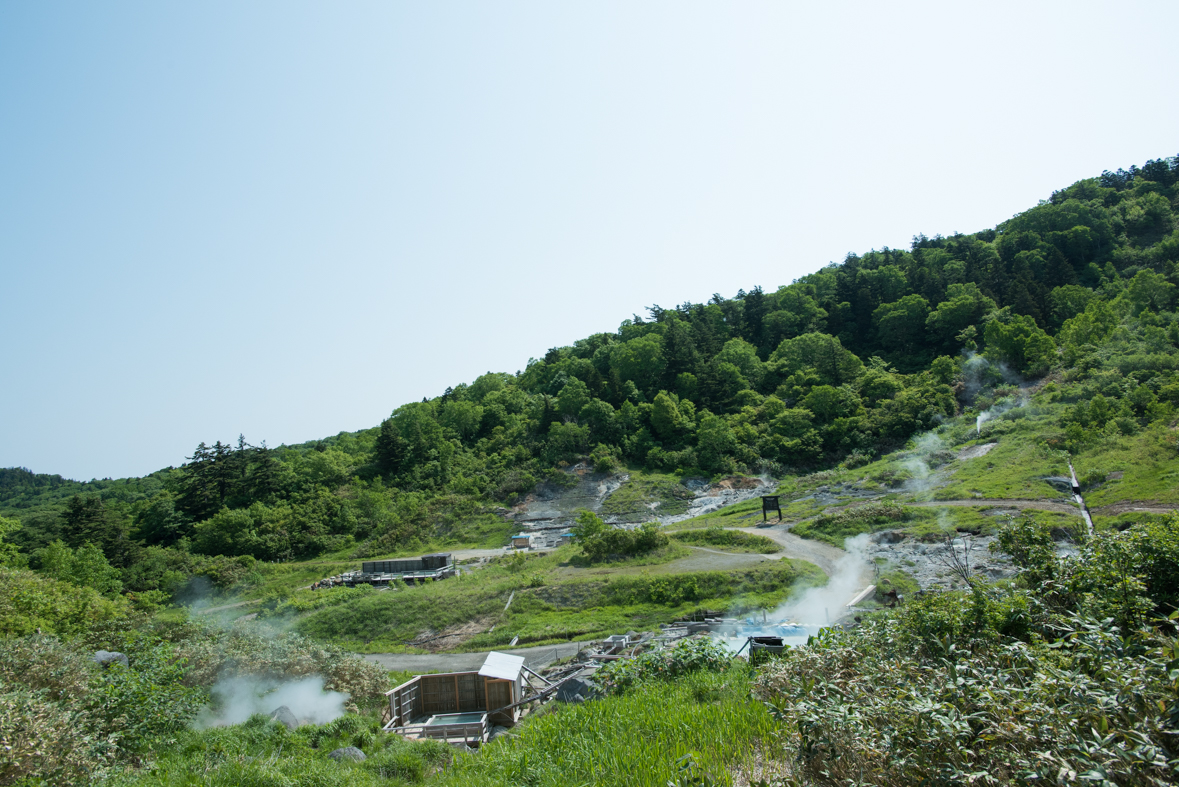 Takeuchi
Tosuke Abe has been a great benefactor for Hachimantai. He is the symbol of Fukenoyu, right?

Abe
That’s right. This is the name that the men have taken in our family for generations. My son is the 15th Tosuke. There is no female equivalent for the name.

Takeuchi
You have married into a very distinguished family, haven’t you?

Abe
Well, my husband isn’t really that keen on the business. He just happens to have inherited it! (Smiles). So that’s why I end up having to do all the hard work. 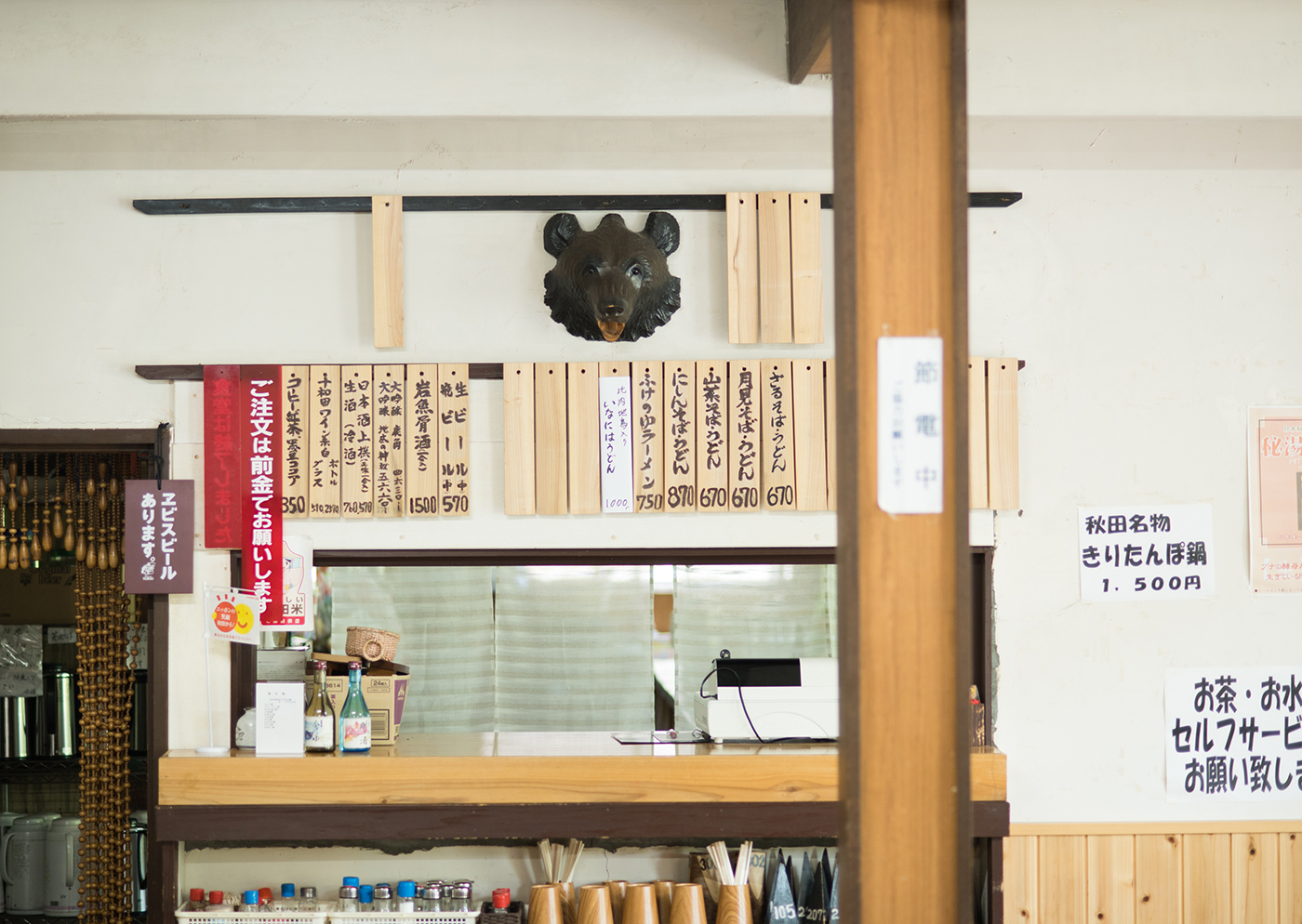 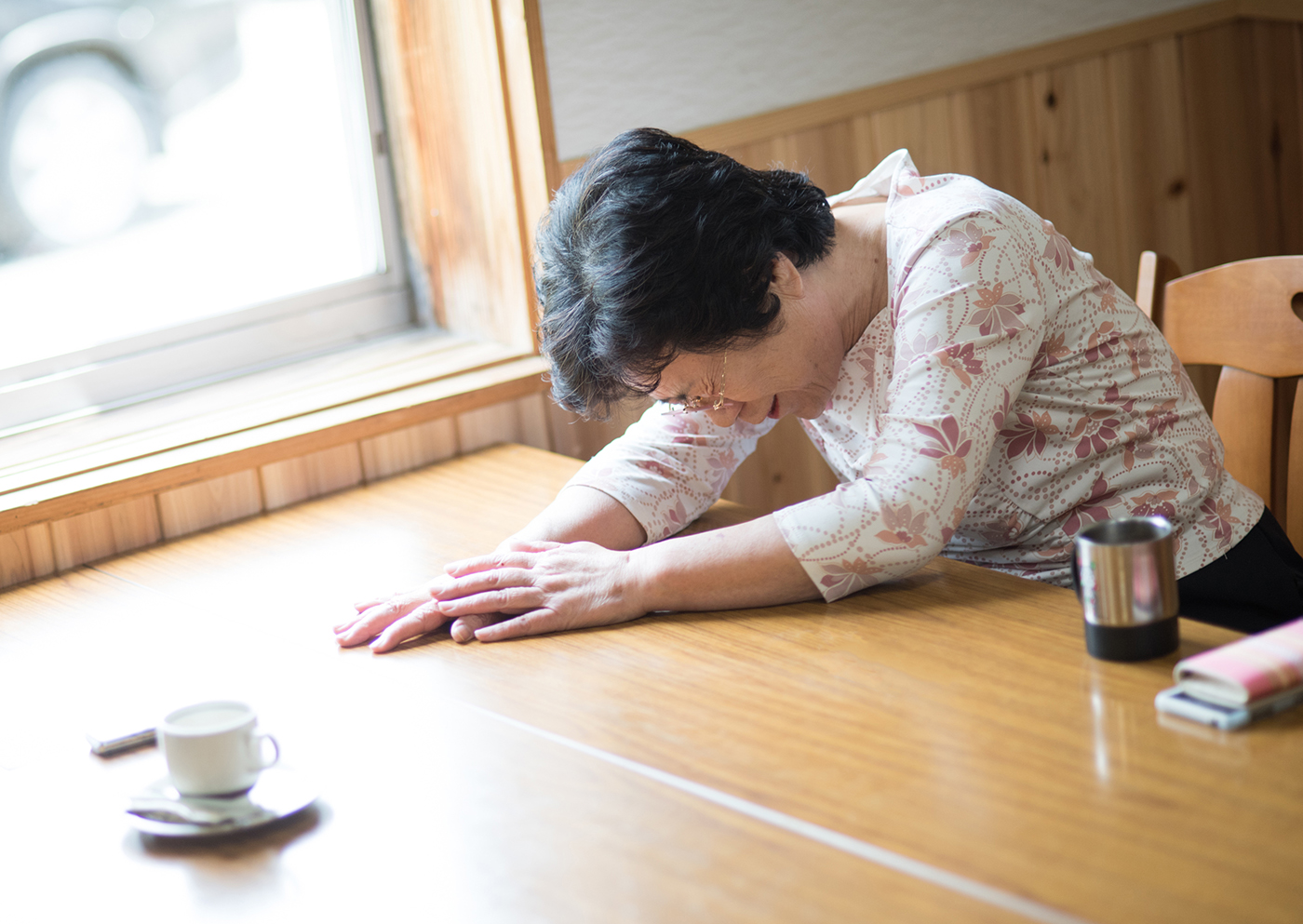 Takeuchi
The “yatenburo” and the guesthouse buildings are now quite far apart, but I think I’m right in saying that the “yatenburo” was right in the middle of things originally?

Abe
It was, that’s right. Originally, this whole area was a lot more extensive. What’s left now is only about a quarter of what it used to be – there used to be another three quarters or so extending out at the back. This guesthouse had 16 buildings originally. We lost these all in one fell swoop in the sudden landslide in 1973.

Takeuchi
I actually thought the ““yatenburo”” area was very extensive even though it’s just one quarter of what it was.

Abe
We used to have 60 employees, with 600 to 1000 guests staying here during peak season. But in the 10 years following the landslide, the newspapers wrote that it was dangerous to come here, and we had no customers at all. We paid our 60 employees’ wages for two years, but as you’d expect, the savings in the business and our own money eventually dried up, and we couldn’t carry on. After that, I had to drive round all the businesses in Aomori and Sendai every day trying to drum up business. At the time, my son, the 15th generation of the family, was still a baby, so I was juggling baby bottles and diapers as I did this!

Takeuchi
I thought it was just wild and secluded here. I didn’t realize this place had so much history. From then on though, you seem to have gradually turned it around.

Abe
We’ve by no means recovered fully here. We’ve not done all the restoration work we want to. I want to dig out the original site, and put strong supporting walls in place. But the Japanese government has any money now, so I can’t get the resources to do this.

Takeuchi
It’s a national forest, so I suppose you need permission for any work that you do.

Abe
That’s right. When I first got married, there was an old chef who worked here. His role in our family was a bit like the samurai, Okubo Hikozaemon.

Takeuchi
Okubo Hikozaemon was a trusted adviser to the Tokugawa family, wasn’t he? Your family history is like a historical drama! (Laughs)

Abe
He was a great chef. I learned a lot from him. When he stopped working because of his age, I carried on as a chef.

Takeuchi
So you were the chef as well as the manageress!

Abe
He’d take a leafy daikon and say to me, “Let’s see how many tasty dishes you can come up with.” That’s how I was taught. That and some self-learning, too. All the food we serve here is all additive-free and local produce.

Takeuchi
For dinner I had tempura of mountain vegetables, such as “fuki” leaves (butterbur), “koshiabura” (tree buds) and “azami” (thistle), and some rainbow trout “hiraki” (cut open and dried) from breakfast. The reason I came here was to visit the “yatenburo”, but now I see it’s worth coming here for the delicious food as well! 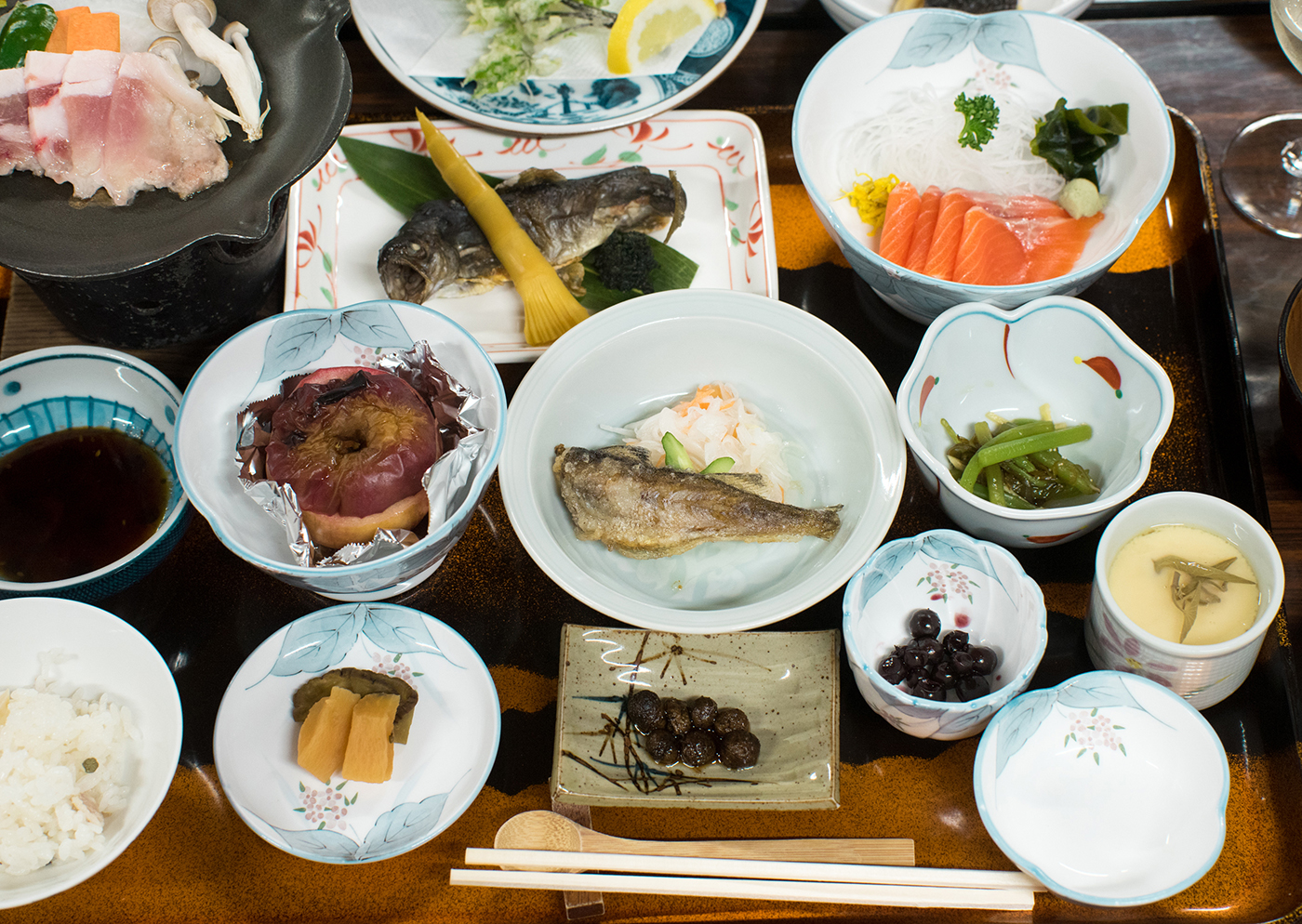 Abe
You have to come here yourself to understand what Fukenoyu is all about. That’s why we have so many repeat customers.

Takeuchi
Can you tell me a little more about the hot springs? There are various baths at the “yatenburo”.

Abe
We used to have five hot spring sources originally, but now we use just two of them. The composition of the water is the same, so we are planning to have a range of different bathtubs. We’re trying to make this a sort of hot springs of Maihama (Disneyland), if you like.

Takeuchi
Now that you mention it, my first impressions were that this is a bit of an “onsen” wonderland! The “tarufuro” barrel baths look like fun.

Abe
Those barrels had been idle for a long time, you know. We had one in the miso cellar. In the old days, when we had hundreds of guests staying here, we used to make our own miso, but we had to give that up in the end.

Takeuchi
You mean these are old miso barrels?

Abe
When I spoke to my son about using these for as bathtubs, he said, “At least you’re keeping them in the same place, so our ancestors shouldn’t mind too much, should they?” (Laughs). These are old barrels. The hoops were made of bamboo, you know.

Takeuchi
I was totally lost in my own thoughts when I saw them, I didn’t really notice! I’ve learned so much about this place from talking to you, but there’s nothing here to explain all of this to visitors. A lot of people probably just think, “Wow, what a great bath!” and go home without really appreciating this place for what it is, or knowing the real history here.

Abe
You find out more little by little. The staff here work so hard, but if ever they need any assistance themselves or advice on how to do something, we just get help from an outside professional. We have “masufuro” (box baths) and “tarufuro” (barrel baths). Recently, we’ve finally managed to make an “iwafuro” (rock bath). 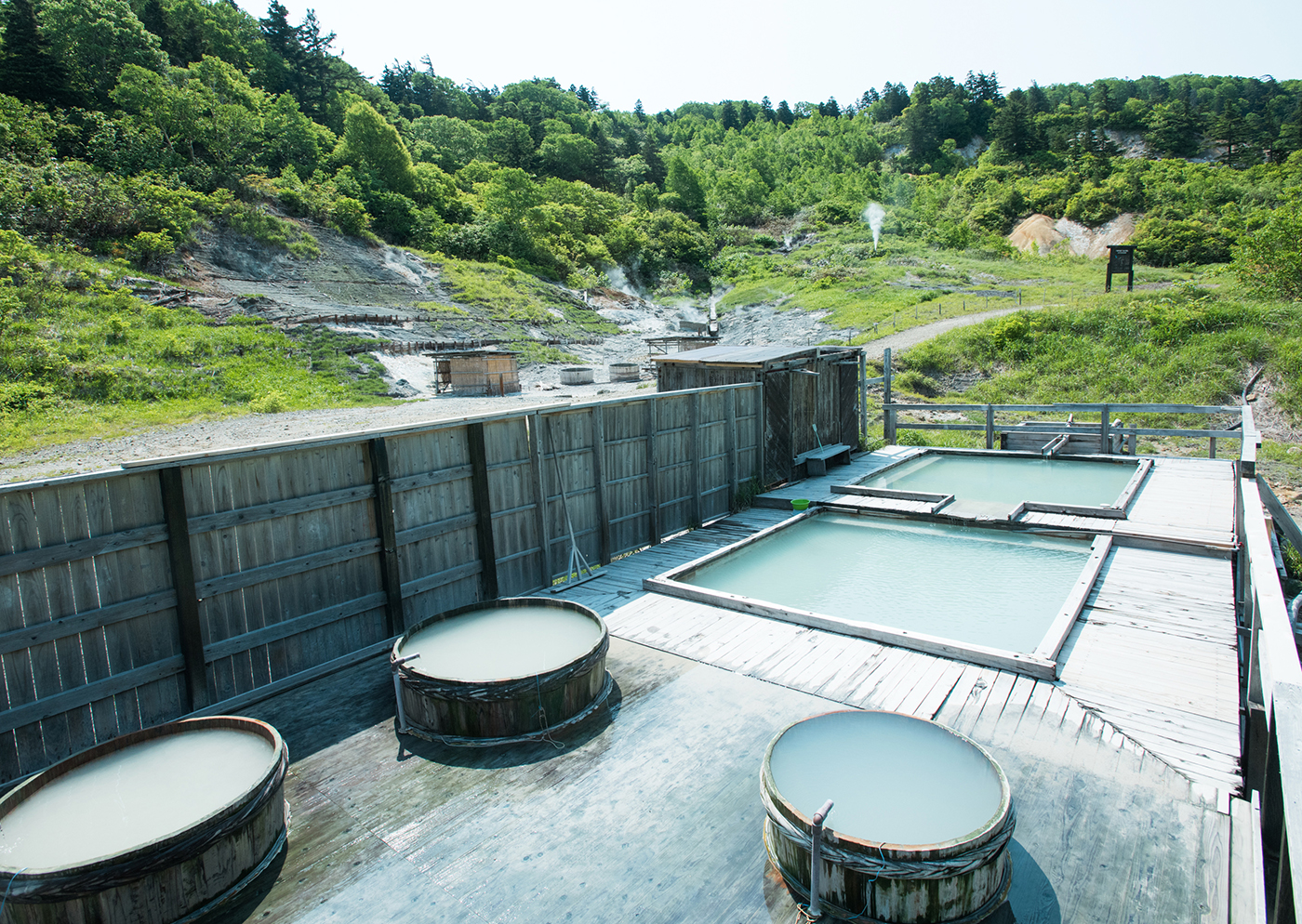 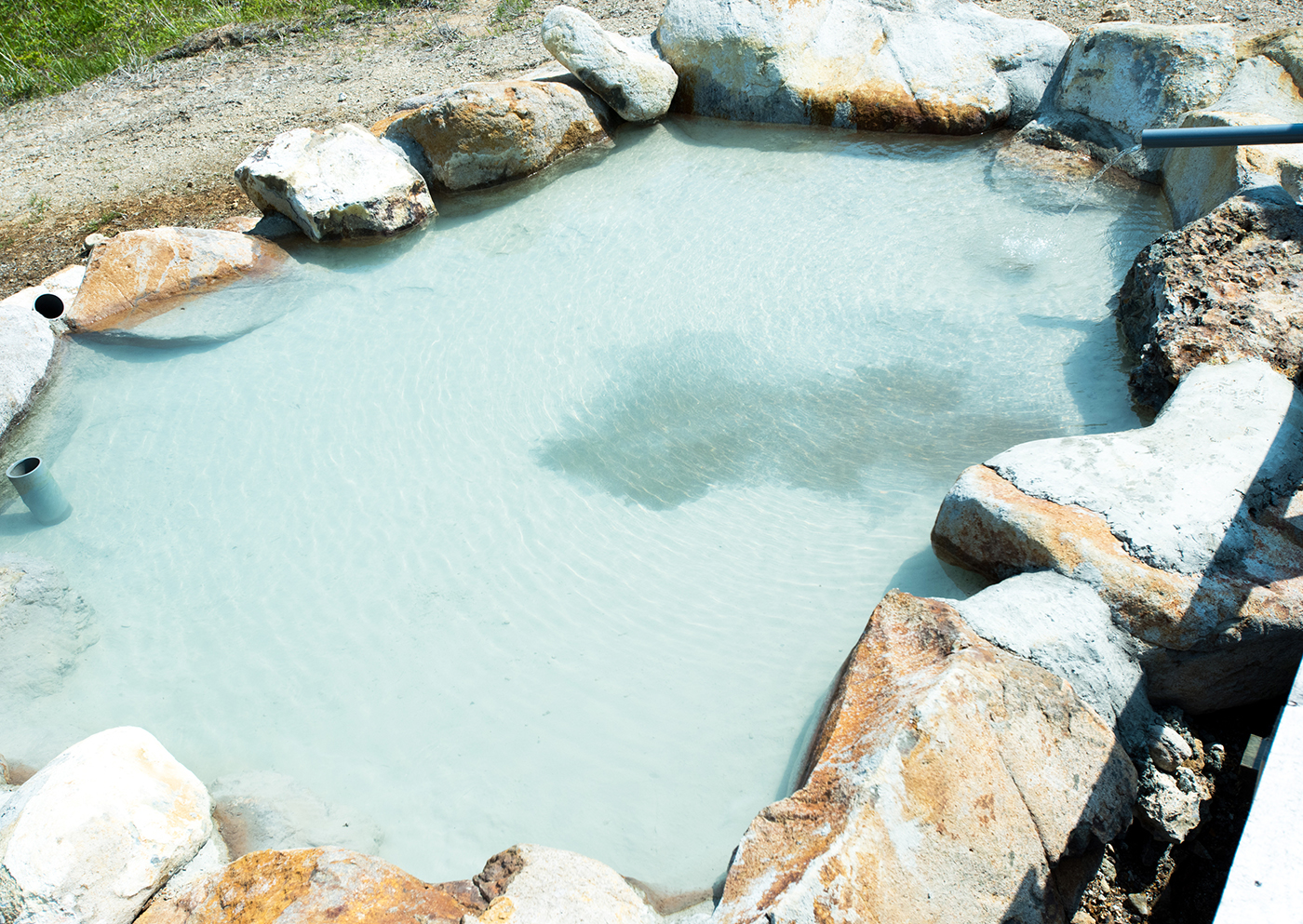 Takeuchi
You’re gradually increasing the range of what you have on offer, so it looks things are really starting to get going here.

Abe
Well, it’s very early days you know. Eventually, we intend to fill this site completely. We’re aiming to make this the undisputed No. 1 “onsen” resort in Japan, somewhere to be enjoyed by Japanese and foreigners alike! 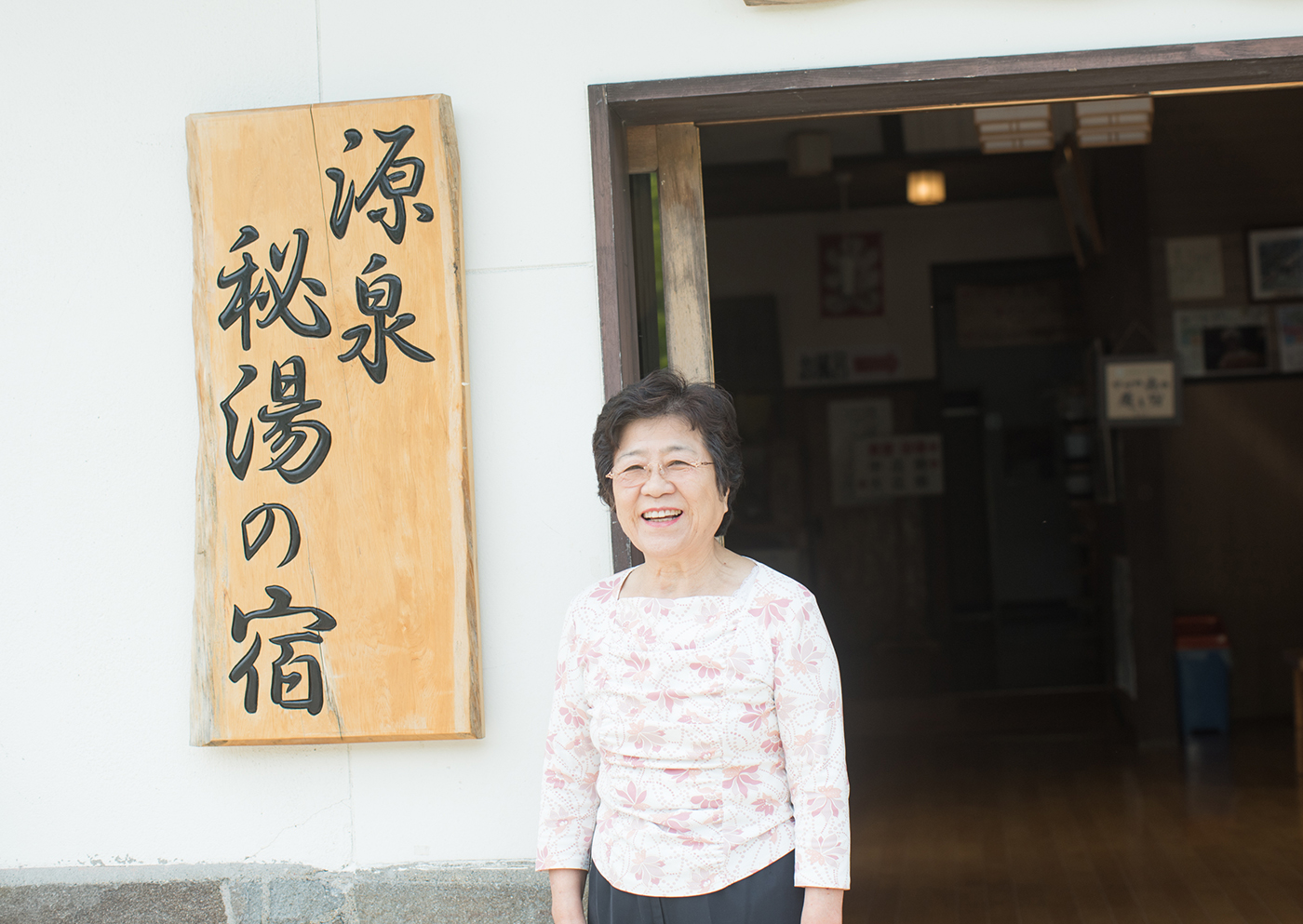 Abe-san has a number of different jobs and roles. As well as being the manageress, she is also head of the Akita Food Hygiene Association, for example. She seems to be constantly on the go and often travels outside the prefecture. Naturally, she has her own opinions about promoting the area and being a citizen in Akita.
My initial impressions of Fukenoyu have changed and gone full circle as I have got to know Abe-san better, battling against the wild forces of Nature in Hachimantai and overseeing these historical hot springs with her vitality and zest for life. It’s difficult to find words to do justice to the wonder of this place.
We’ve seen our fair share of human drama and the power of Nature already…and this is only the first place we’ve visited! Not for the first time, I think that an “onsen” is the best place in the world for a fully immersive experience of the land around us.