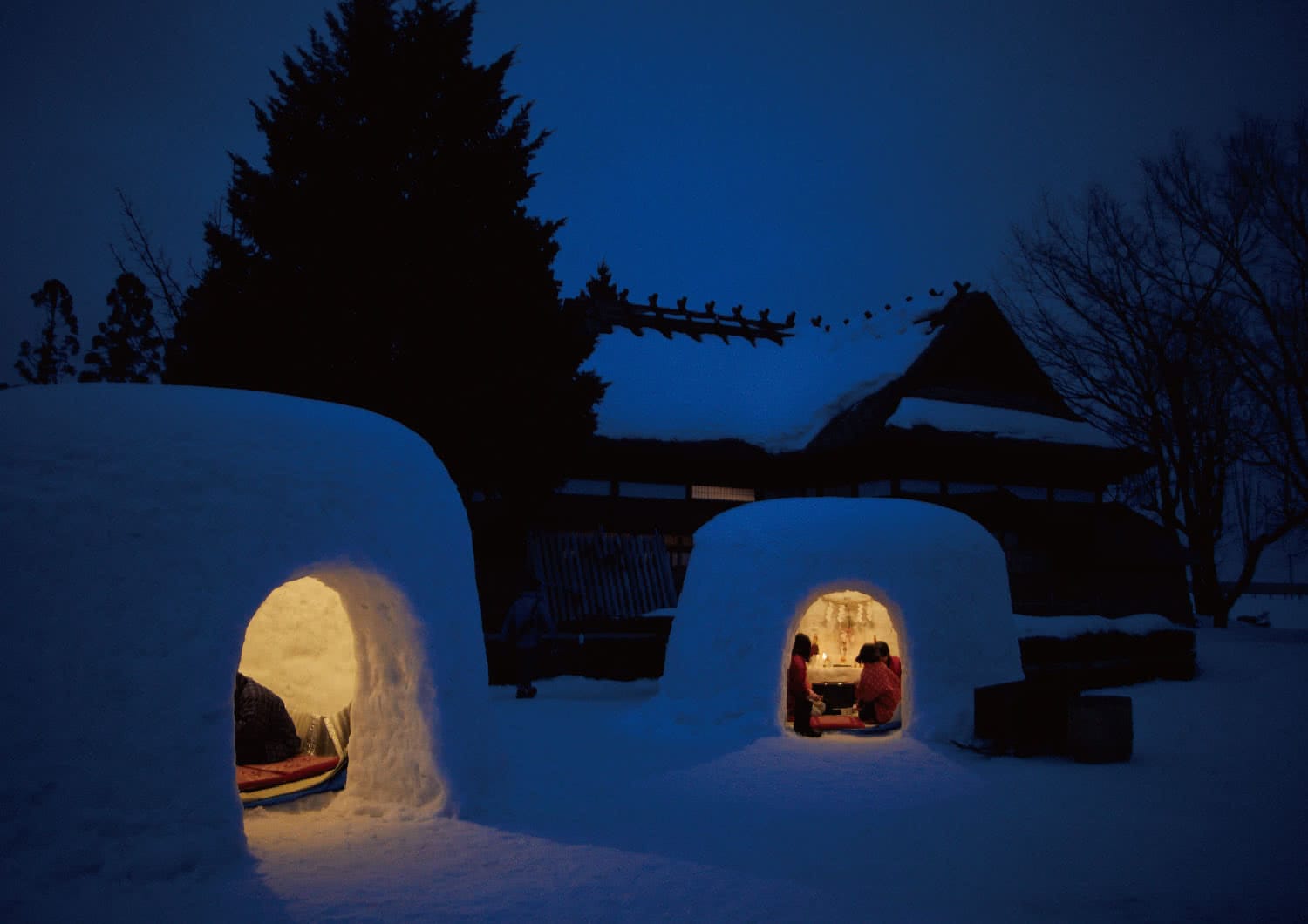 We’ve started to learn about the Yokote Kamakura. Continuing on from last time, we are speaking to Mr. Terui, the chairman of the Kamakura committee.

TERUI
I’m from Yokote myself but from somewhere a bit further away from the center of town. Where I’m from there’s much less excitement about the festival – February 15th is just another day. However, I used to enjoy making kamakura myself when I was a kid.

TERUI
When I was small, winter was all about the snow. All I needed to have fun in winter was snow and a shovel for scooping it up. That’s all there was, so all I ever did was dig (laughs).

TERUI
It’s perfectly understandable. You don’t need any particular reason. If there’s snow around, then making kamakura is a perfectly natural thing to do, isn’t it? 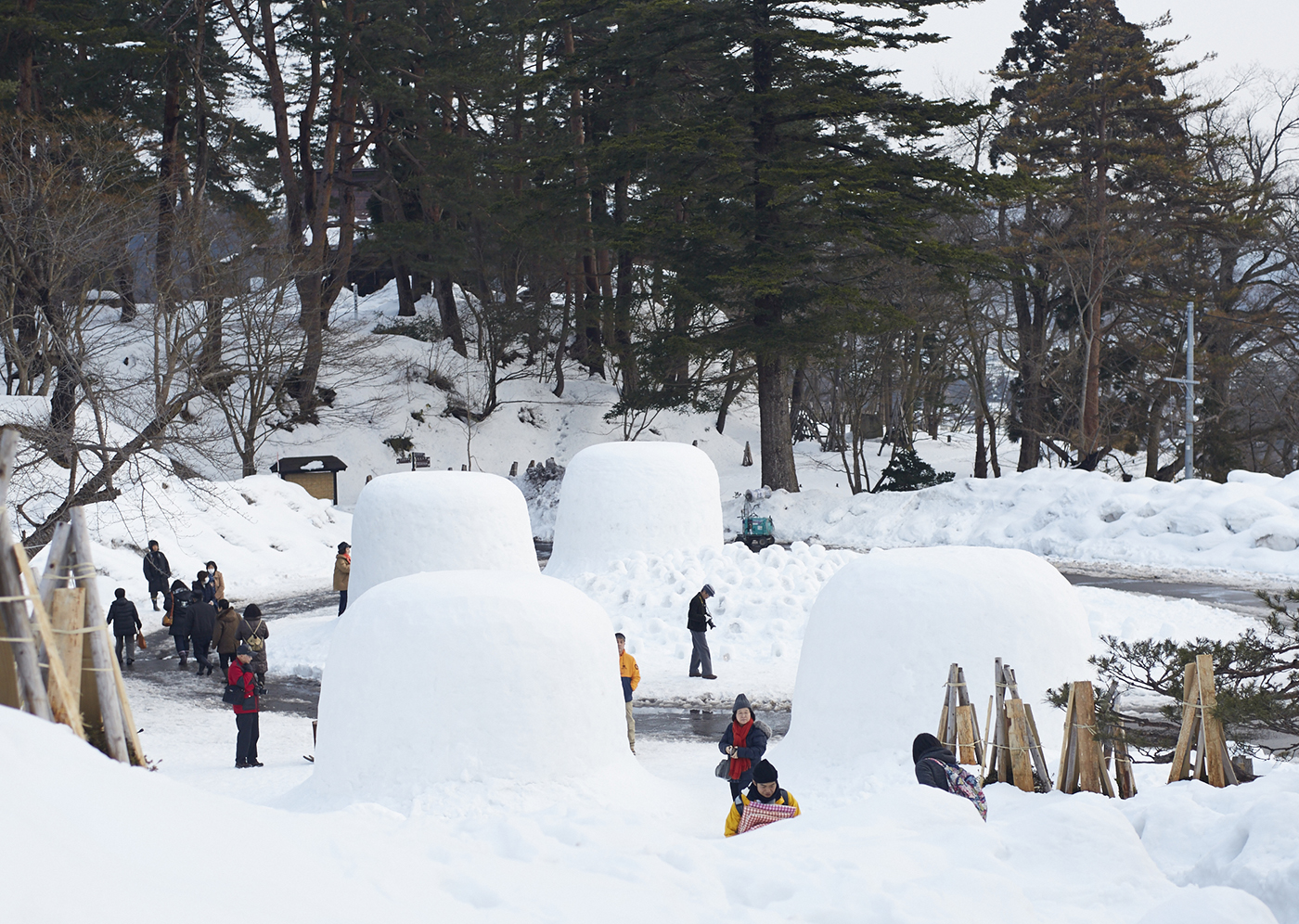 TERUI
In actual fact, this event probably didn’t have such a deep meaning originally (laughs). It’s only later that a divine aspect was added to it.

YABUKI
You could well be right!

TERUI
Right now I’m the chairman of the kamakura committee. But it’s actually been 34 years since I made a kamakura myself.

YABUKI
Were you a professional kamakura builder?

TERUI
No, I wasn’t actually a professional builder. Yokote Park is a different kind of venue. It’s a unique place for the young people round here. We planned the whole thing ourselves.

YABUKI
What’s the set-up? How does it work? 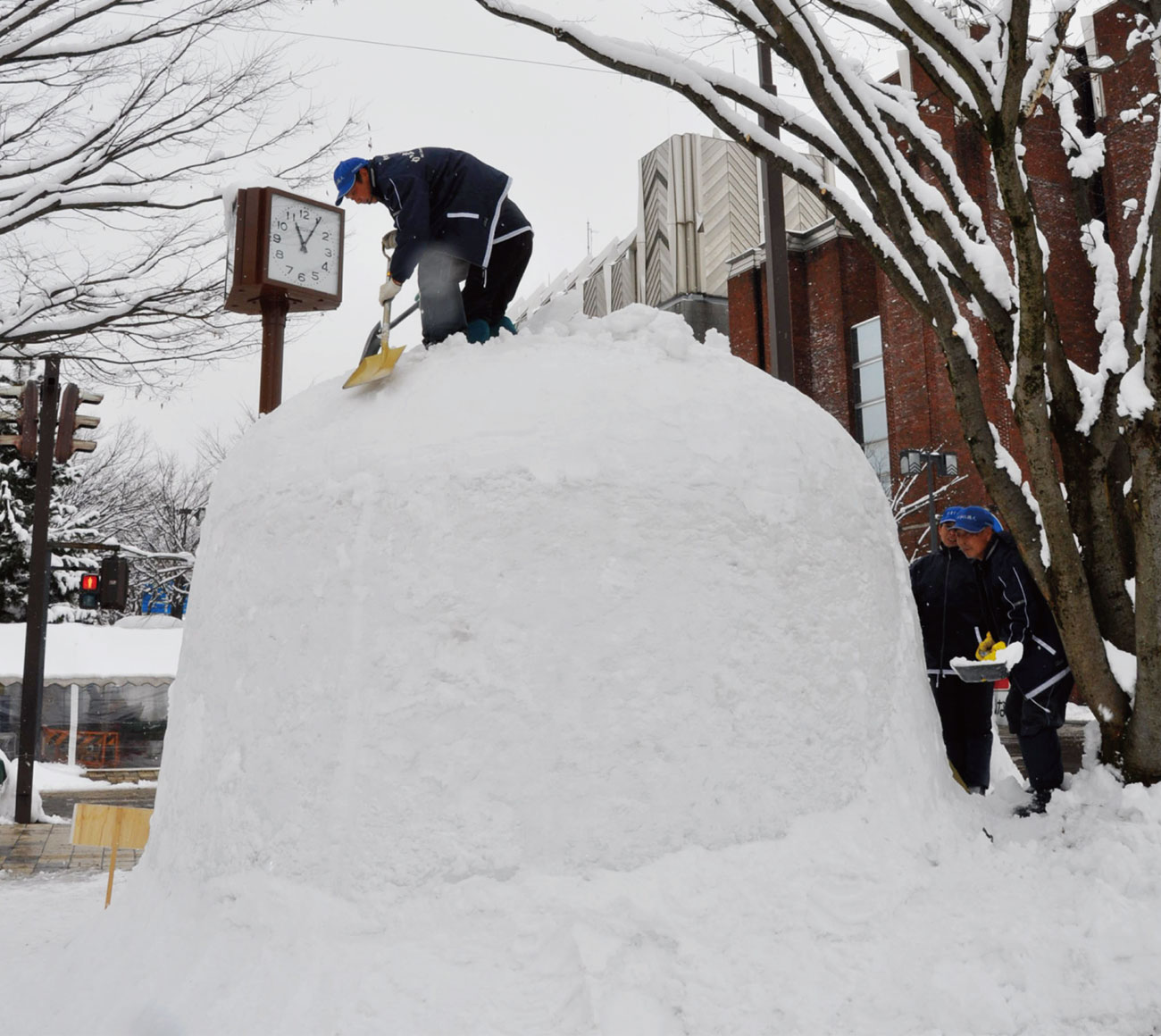 TERUI
Originally we had an organization called the Kamakura Village Executive Committee. When we had meetings, people used to say, “We don’t hold any fun events in winter at the moment. We’ve got all this snow so why not make some kamakura?” 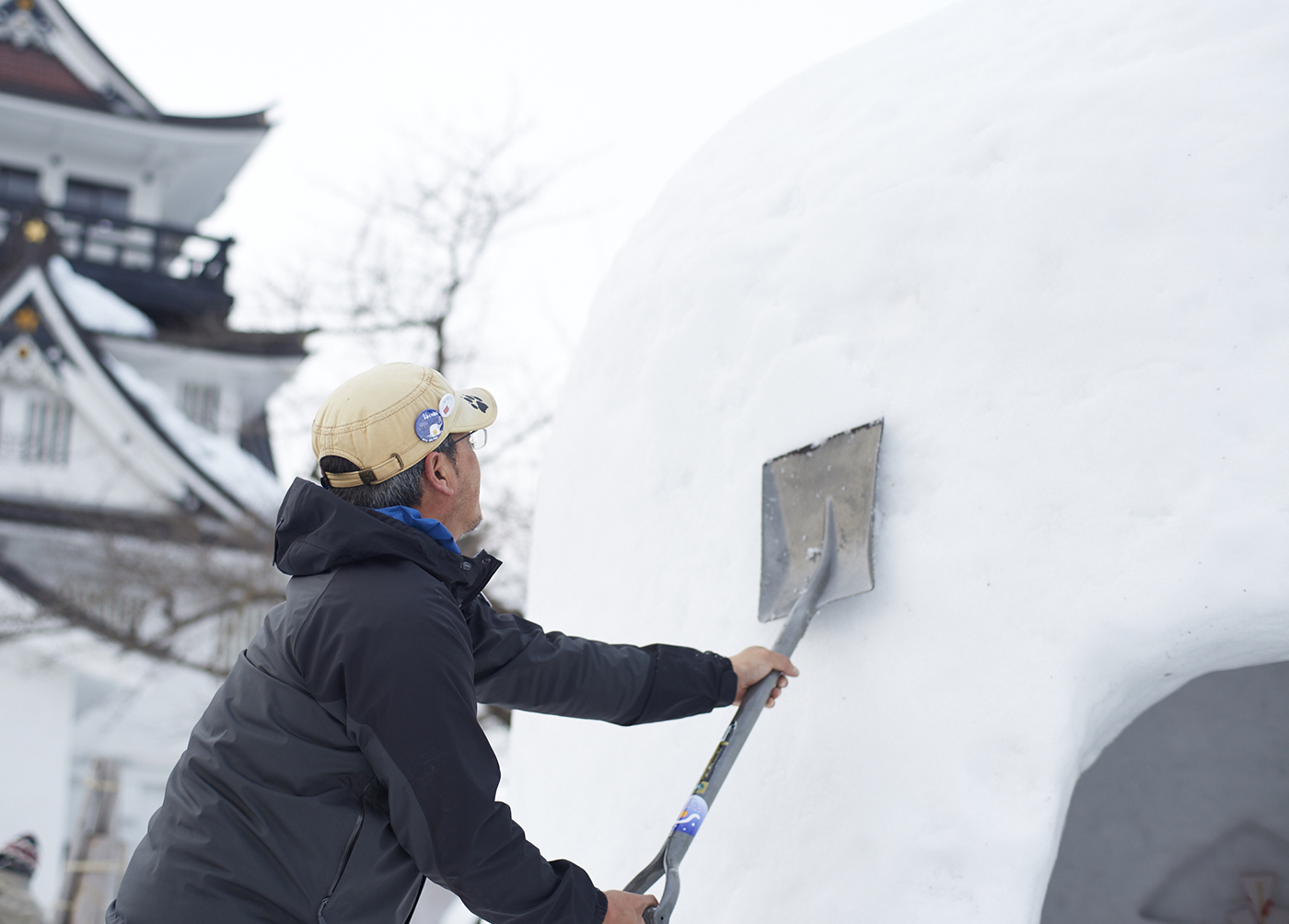 TERUI
So we got together after work in the evenings and made about 10 kamakura in a month. We did it all ourselves, we hollowed the kamakura out on our own and then went inside and had a drink. That’s why it was so enjoyable!

YABUKI
It wasn’t a job, it was just a bit of fun…

TERUI
Yes, exactly. We’d just turn up then somebody will be there.

TERUI
Now you need to submit a proper application for occupying a space on the city street.

YABUKI
So it’s gradually turned into an event like the current one?

TERUI
Yeah. We have to compromise a bit more now (laughs).

YABUKI
I guess this is how most festivals and events start. People say “Let’s all get together and do this,” and then gradually it takes off. This is probably how it all started 450 years ago. 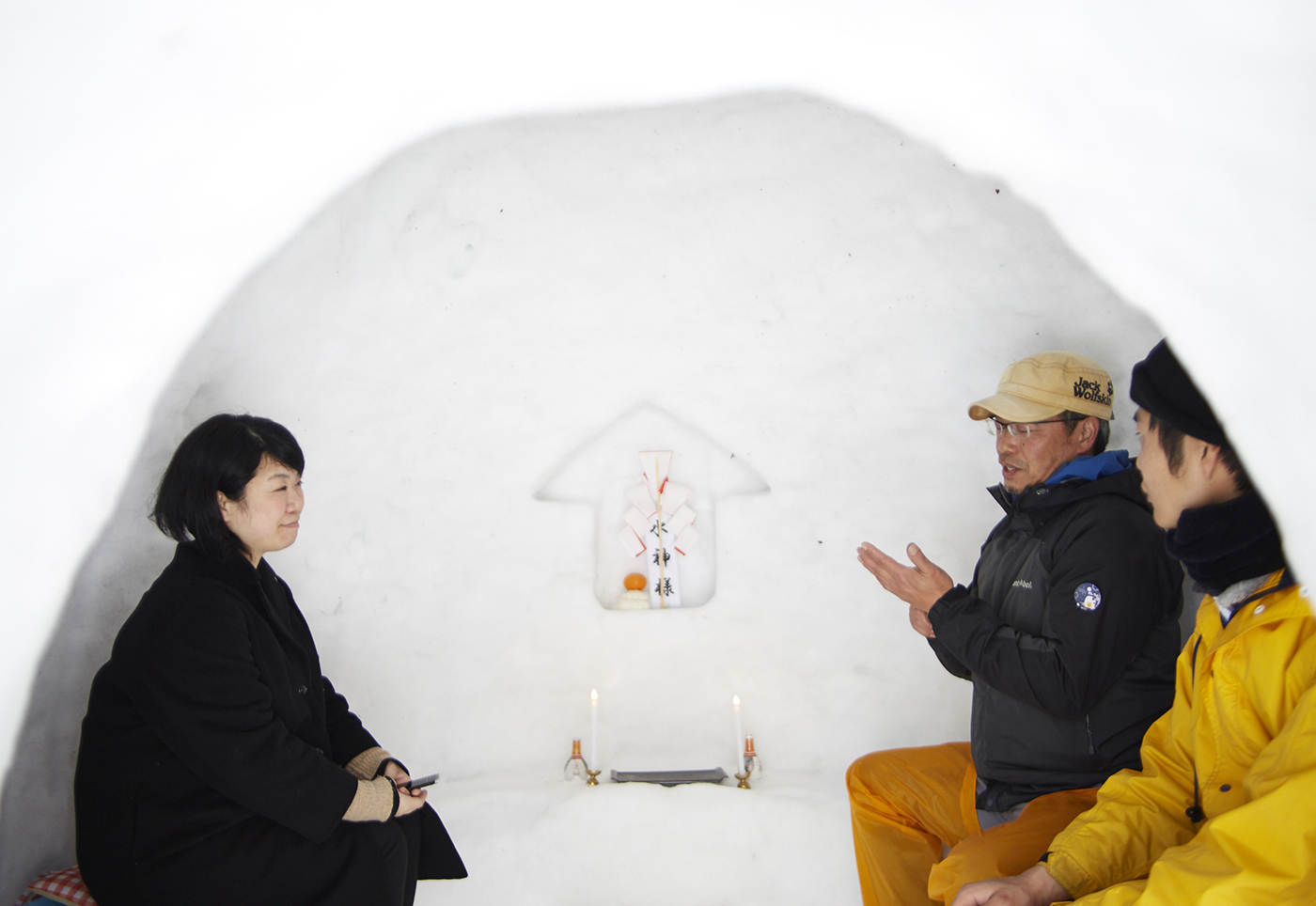 YABUKI
It started off as a bit of fun and now it’s a major event.

TERUI
Who’d have thought it! We just used to do this for ourselves and I’m staggered that so many people want to take part in it now!

YABUKI
So how would you like to see the event develop in future?

TERUI
Well… Some people say they regret the fact that the shape of the kamakura has changed over the years. My own opinion is that you need to adapt with the times. Change is exactly what you need to stay relevant from generation to generation, rather than being stuck in the past. 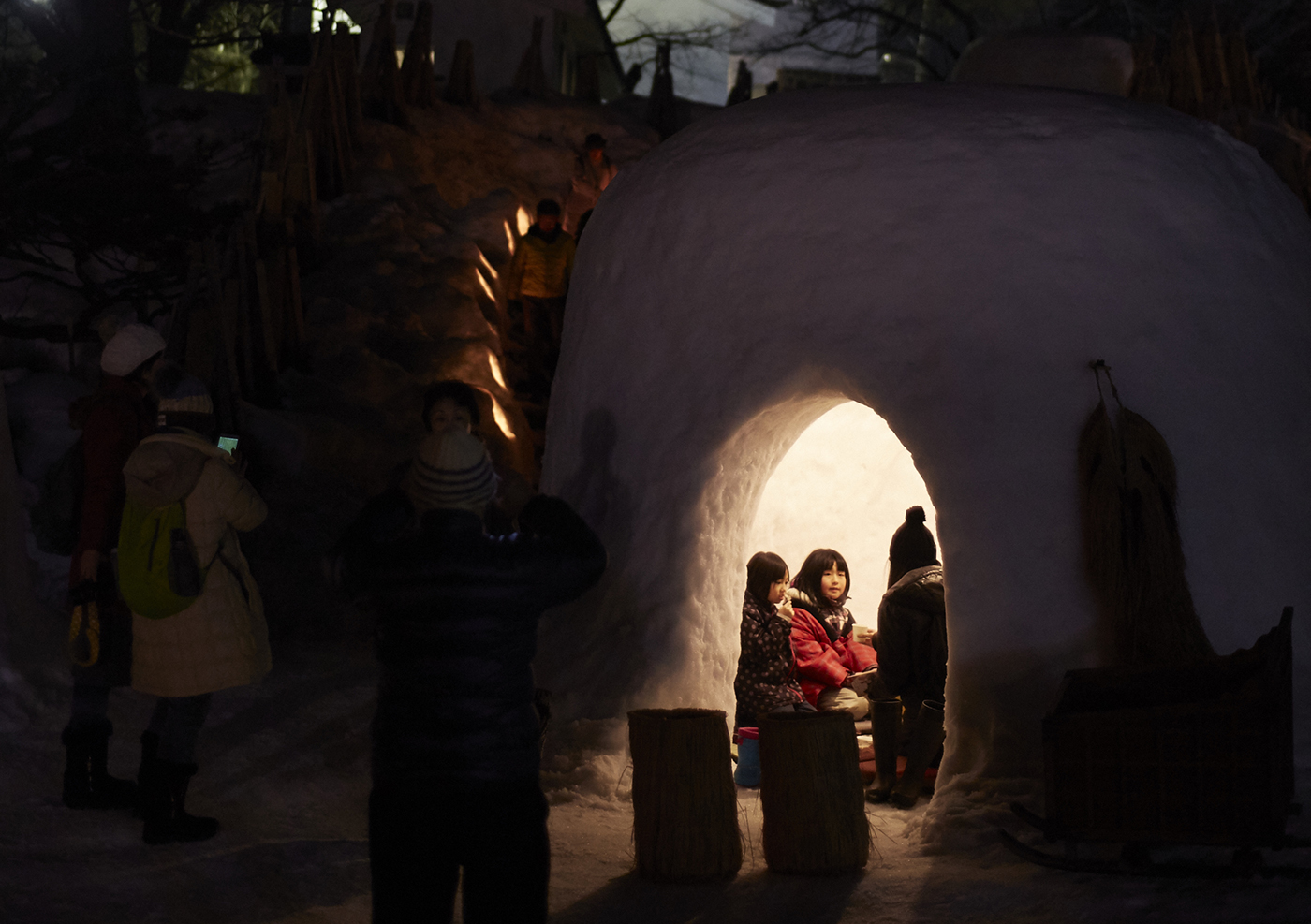 TERUI
For example, take the date of the event. It was originally fixed on February 15th and 16th. But if we’re too rigid about this, we might find fewer people wanting to take part. If you think about it, I’m sure people would prefer the event to be at the weekend, wouldn’t they?

YABUKI
Right, right. So I can see that it makes sense to change some things about it. But on the other hand, what aspects of the event shouldn’t change, do you think?

TERUI
Well, this is a kind of ceremony or ritual. It’s more than just simply an event.

YABUKI
You mean, for example, because you are giving thanks to the gods?

TERUI
Yeah. Different types of god, relevant to those times. Personally, I think this isn’t just about the god of water. It’s about being grateful for anything that is essential for life, anything that we can’t live without. 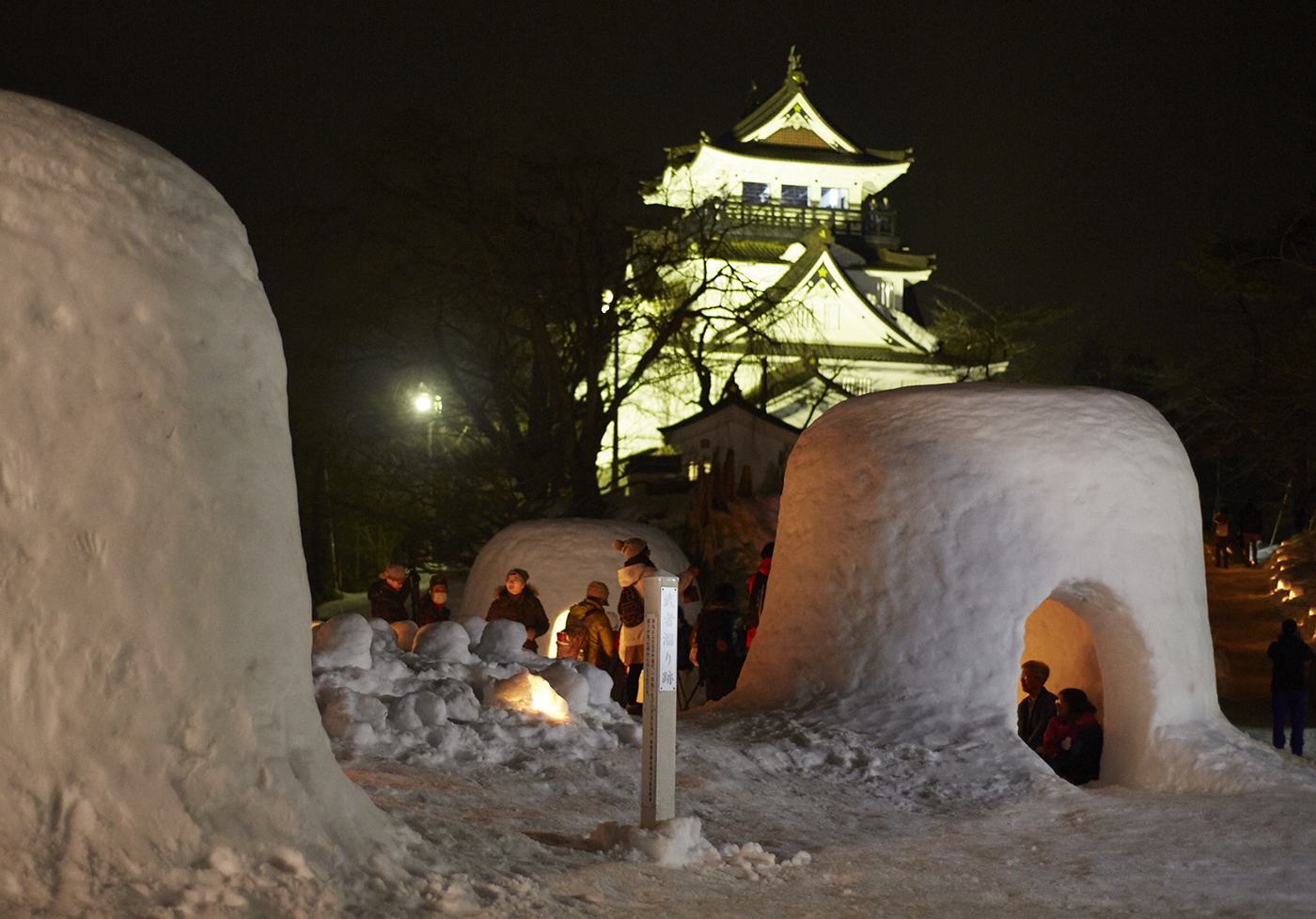 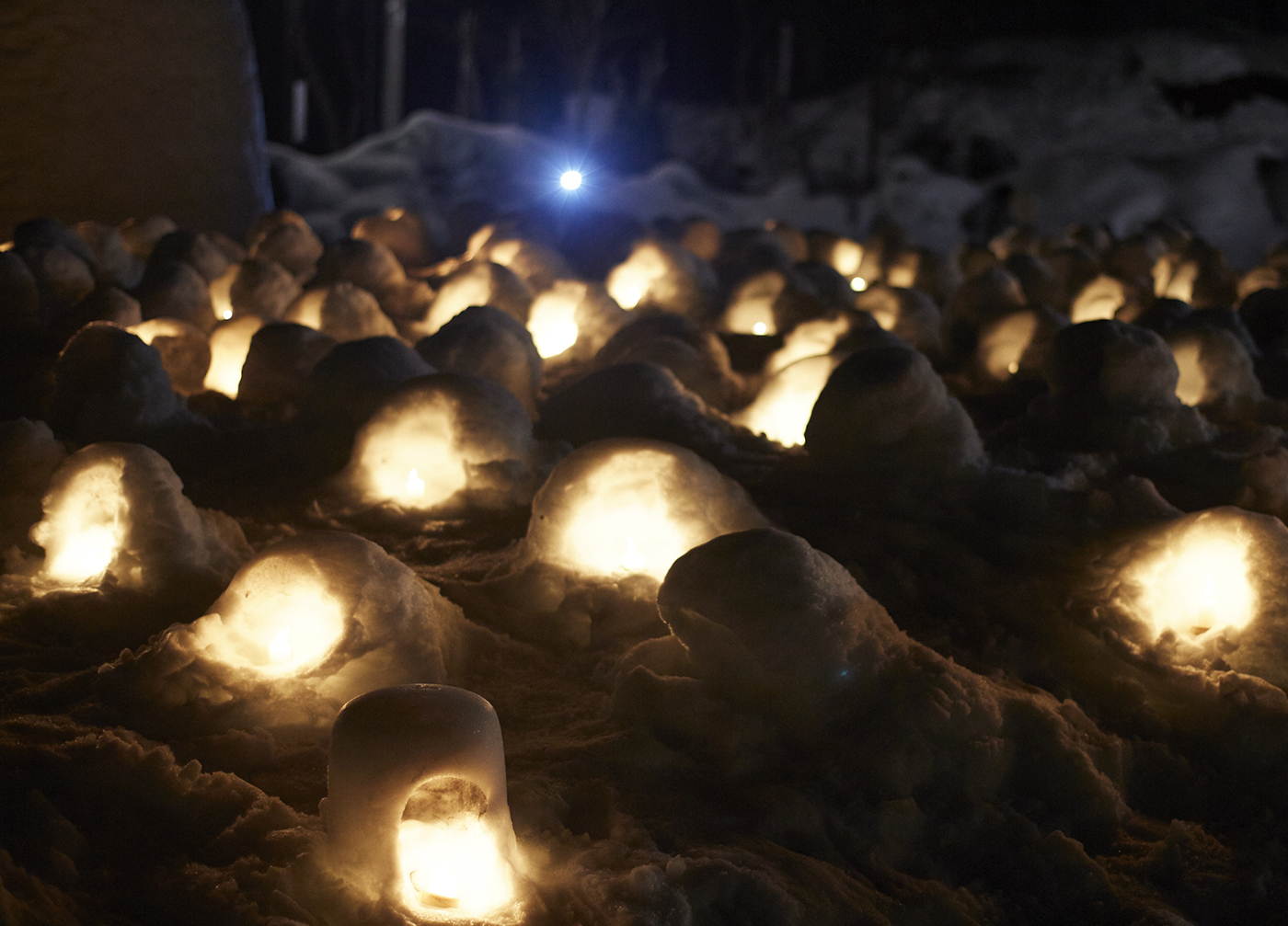 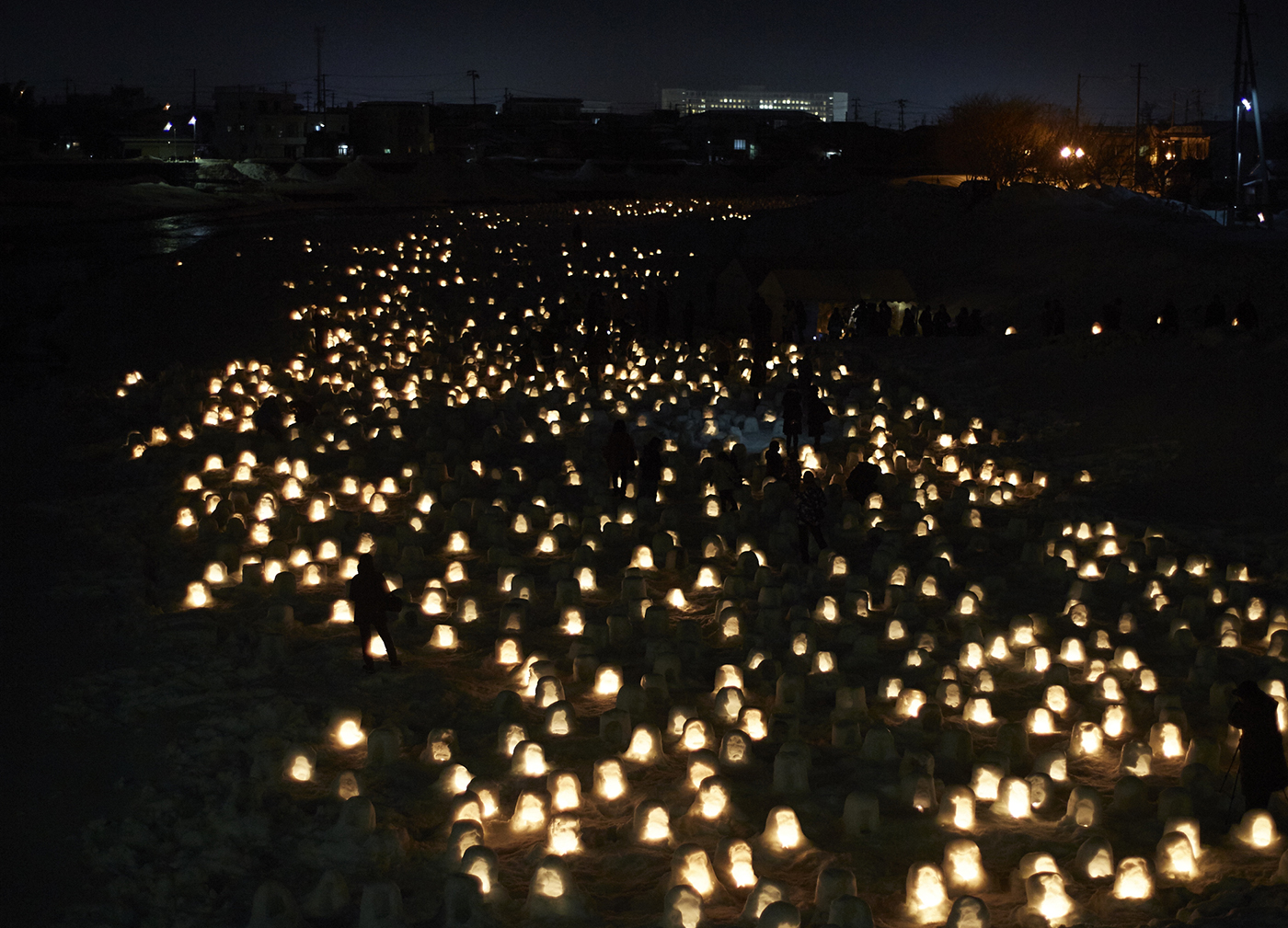 TERUI
We should have a day once a year when we express our gratitude for things like this. This is something which I think shouldn’t change. Next, I think it needn’t just be children hosting the kamakura. I was an adult when I first hosted one! (Laughs).

YABUKI
I see what you mean!

TERUI
If changes need to be made for safety reasons, then we have to go along with that don’t we? I’m not the kind of person to argue! (Laughs)

TERUI
When people complain, “It wasn’t like this in the old days” I feel like saying, “When do you mean when you say ‘the old days’?” If they’re just talking about when they were kids, that’s just a point in time in a span of 450 years or so. That’s why I think it’s good for this festival to change with the times. 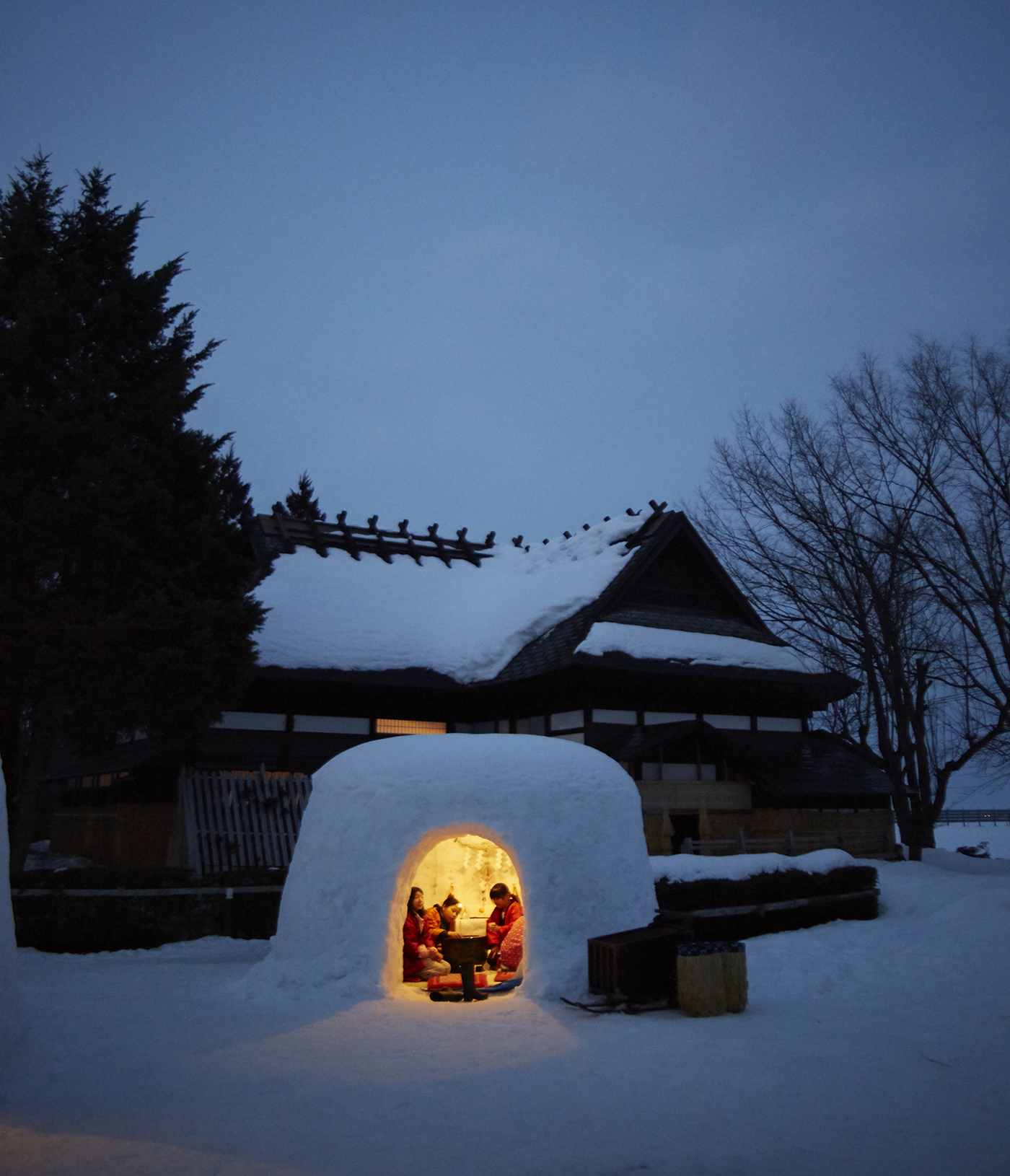 We’ve now learned about three kamakura events: the Kakunodate Hiburi Kamakura, the Rokugo Kamakura and the Yokote Kamakura.Each event has the word “kamakura” in its name, yet each one is completely different. It just goes to show what a great variety of events and festivals there are here in Akita.

Take a look at the videos of these events to get a summary of what we have learned.

Were the articles helpful
For you to learn about Kamakura?
If yes, click the bottun (with voice)
Below!